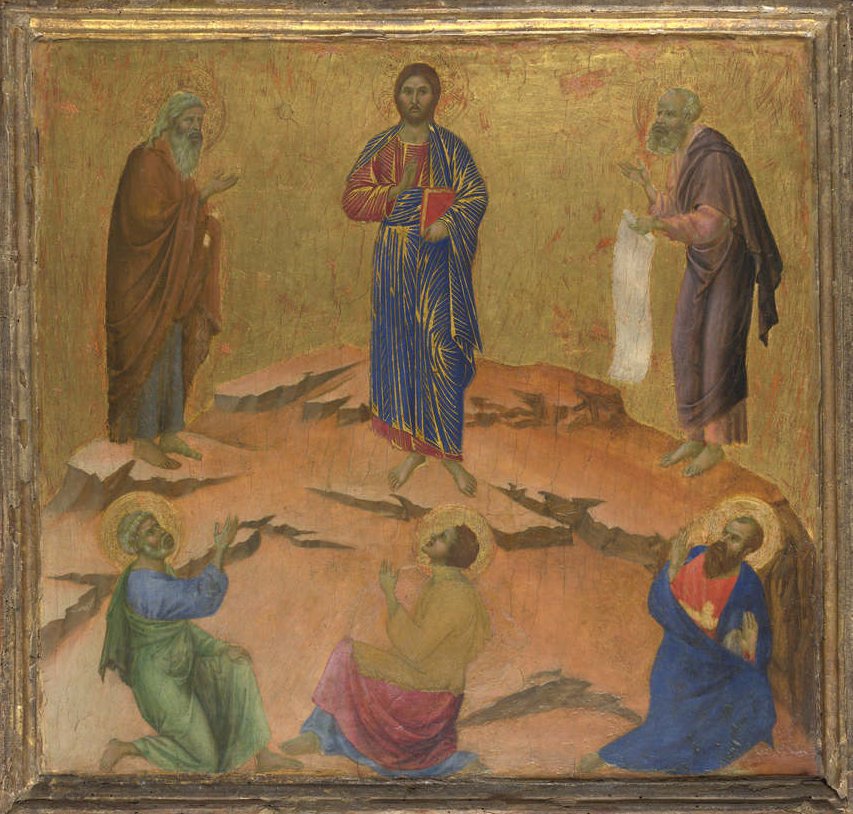 Philip found Nathanael and told him, “We have found the one Moses wrote about in the Law, and about whom the prophets also wrote—Jesus of Nazareth, the son of Joseph.” – John 1:45

After the people saw the sign Jesus performed, they began to say, “Surely this is the Prophet who is to come into the world.” – John 6:14

On hearing his words, some of the people said, “Surely this man is the Prophet.” – John 7:40

The crowds answered, “This is Jesus, the prophet from Nazareth in Galilee.” – Matthew 21:11

For Moses said, ‘The Lord your God will raise up for you a prophet like me from among your own people; you must listen to everything he tells you. Anyone who does not listen to him will be completely cut off from their people.’ – Acts 3:22-23

The scripture and story that all the above verses refer to is found in Deuteronomy 18:15-18 where God is speaking to Moses:

Evidently this passage from Deuteronomy (which Jesus quoted more than any other book) was widely understood as being a Messianic passage and the people were anxiously awaiting and anticipating the time when God would send that second prophet, that second Moses to their generation. Was Jesus that prophet like Moses, as stated in Deuteronomy?

Jesus knew that He was ”The prophet” that was spoken of in Deuteronomy because we read in John 5:46 where Jesus said, “If you believed Moses, you would believe me, for he wrote about me”. Jesus was well aware of the scripture that pointed to Him as the second Moses. What was the role of a prophet in the Hebrew Testament? Put simply, a prophet’s job was to speak boldly for the God that he represented (John 12:49-50). A prophet was the sole mediator between God and His people. Jesus fulfilled this role – as Hebrews 1:1-2 clearly states:

“In the past God spoke to our forefathers through the prophets at many times and in various ways, but in these last days he has spoken to us by his Son”

It is interesting to think about Jesus in terms of a second Moses; this new prophet who will fulfill what Moses began. What events in Jesus life and ministry do we find that lead us to believe that he was duplicating or fulfilling the role of Moses? The following is a list of several parallels between the ministries of Moses and Jesus:

These are just some of the examples that you can draw from just a casual reading of the Scriptures and there are doubtless many more that can be found. Can you think of any other examples?

Was Jesus the ”prophet like Moses” that Deuteronomy spoke of? The answer is an emphatic,”Yes!” He certainly fulfilled the role and qualifications scripturally and his actions imitated Moses in many ways. The Hebrew Testament and it’s stories of the history of Moses and the Israelite nation dovetail remarkably with the stories of Jesus in the New Testament. Even a casual reader of the Scriptures would have to be fascinated by how precisely Jesus fulfilled the role of the prophet described in Deuteronomy and the Exodus story.

Our God is an awesome God!

Note: This is a wonderful and revealing rabbinical story, describing how the Jewish people look at life as it relates to God.

This little story wonderfully illustrates the differences between an Eastern and Western mindset and the importance that religious activities play in our thinking and how we view it’s role in our daily lives. To the Hebrew mind there was no distinction between the sacred and secular areas of life. They saw all of life as belonging to God and all of it under his domain. All the circumstances of life came not by chance, but were controlled by the hand of a God that was intimately involved in their lives.

Prayer was the means by which the Jewish people stayed in tune with the concept that all of life was sacred. They uttered short sentence type prayers throughout the day, talking to God about every aspect of life. They had over 100 blessings that they could recite for every circumstance to thank God for everything from providing food to being able to go to the bathroom. They found the divine in the commonplace events of life, such as seeing a rainbow or hearing thunder. When Paul said in 1 Thessalonians 5:16-18 to “Rejoice always, pray continually, give thanks in all circumstances; for this is God’s will for you in Christ Jesus.”, this was what he was talking about.

This concept is hard for the Westerner to grasp. We have separated our religious life from our secular life. We are “in church” on Sunday morning and then go about our secular lives the rest of the week. If we talk about God during the week, we usually have a study or meeting to do it in. We have distinguished between clergy and lay people and the clergy are the only ones to think about religious things on a full time basis. We have sacred institutions and secular institutions and we spend time in both of them. Our prayers and thoughts towards God tend to be more compartmentalized to a prayer time or Bible study.

In the days ahead, try being more spontaneous in your thoughts toward God. Thank him for every event in life, good or bad, with a simple sentence prayer. See if it doesn’t make you more in tune with his daily provision for your life. Follow Paul’s advice in Colossians 3:17 when he said, “And whatever you are doing, whether in word or deed, do it all in the name of the Lord Jesus, giving thanks to God the Father through him.”