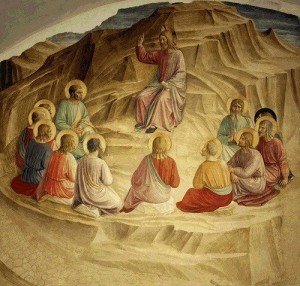 In our first two lessons we learned about the home life and educational system of the Jewish people who lived in the Galilee during the time of Jesus. We looked at what training was required to become and be called a Rabbi by the people in your community. Now we will look at what happened to a man after he had completed his apprenticeship and became eligible to receive the title of Rabbi.

First of all, a Rabbi during Jesus day was just a teacher; he did not have any official credentials or titles from the government or church. The official title of Rabbi as a trained minister came quite a bit after Jesus’ time. During Jesus’ day, a Rabbi was only recognized for his wisdom or his training, it had nothing to do with book learning or degrees. They were called Torah teachers or teachers of the law. The people who tried to follow and live by their teachings to the utmost were called Pharisees, or the pious ones. The Bible also calls them experts in the law, scribes and sometimes lawyers. They knew and tried to follow the fine points of the law to make sure that they were obedient to God’s commands.

In Jesus day, there were two different kinds of Rabbis:

Now, what kind of rabbi was Jesus? One with s’mekah! Look at Matthew 7:28-29. Jesus had just finished giving the Sermon on the Mount and the Bible says they were amazed at His teaching, because He taught as one who had authority (s’mekah) and not as their regular Torah teachers. They weren’t amazed because they had never seen this before or that he was so different, but they were amazed that He taught with s’mekah! They were asking, “Where did Jesus get His authority? Where did He get the knowledge to do that kind of teaching? He never studied under anyone around here!”. Jesus was a typical Jewish Rabbi with s’mekah. Where did he get His s’mekah from? Although we can’t know for sure, Scripture seems to indicate that Jesus received his s’mekah from John the Baptist and God (read Matthew 21:23-27)!

In our next session we will look at some of Jesus’ actions and some of the stories that show how he acted as a Rabbi with s’mekah. 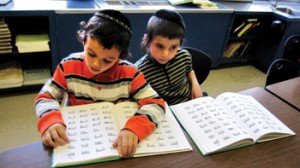 Jesus was often called rabbi by His peers in the stories of the New Testament. In fact, the Gospels record that Jesus was called, ”Rabbi” on sixteen different occasions. What was a rabbi and how did you become one? In our first segment we began our discussion of the Jewish educational system. We learned that the heart of that system were the principles taught at home by the family and especially the father. The father was responsible to teach his son Torah and to teach him a craft as well as almost everything else in life. When the child became old enough to attend a formal school setting, he went to the school that was attached to the local synagogue. There were four levels of school available to the children of the Galilee in Jesus’ day. Let’s take a look at these.

When you think about the story of Jesus in the Gospels, his training probably fit into this pattern. Although the Bible doesn’t give us any specifics of his early life, it certainly gives us some hints. In Luke 2:40 it says that as Jesus grew up He was filled with wisdom. Also, in Luke 2:41-52, it tell the story of Jesus going as a young man to the Temple during the Passover Festival. Jesus went into the temple courts and sat among the teachers, listening to them and asking them questions. Everyone was amazed at His understanding and His questions and answers. Verse 52 says, “Jesus grew in wisdom and stature and in favor with God and men.” In His human form, He was obviously one of the best and brightest. Also, He first appeared in His public ministry at age 30, which would suggest that he had completed His training as a talmidim and was now ready to make his own disciples. We also know that he was a “tekton” by trade (a craftsman who builds – NIV translates as “carpenter”).

From this educational training came the rabbinical system that Jesus was identified with. He was called rabbi in part because He had completed the training and was recognized as one of the very best in His knowledge of the Hebrew Scriptures.

In our next lesson, we will look at the different levels or hierarchy of rabbis and the authority they carried in the community.