Note: I borrowed heavily and received the inspiration for this post from listening to a sermon from Andy Hein of the International Justice Mission. 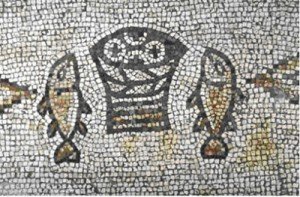 The phrase, “God is Good”, is a slogan that is frequently tossed around in Christian circles. It is a slogan you often see on bumper stickers and lapel buttons. As Christians in America we can certainly attest to this statement that God indeed is good. We live in the most plentiful country during the most plentiful time period in history. Advances in food, clothing, medicine, doctors, machines, equipment, and technology make life in America so much less strenuous than at any other time. Our tendency is to assume that everyone knows the obvious – God is Good! Everywhere we look it seems as though He has bountifully blessed His children.

However, if we look beyond our own little circle, problems arise. There are people in our own country and certainly all over the world that don’t have the things that we take for granted. Listen to just a few statistics:

How do all these people know that God is Good? We know God is good, but do they? How will they ever experience God’s goodness? What is God’s plan to show these less fortunate people that He is indeed good? Our first thought is that the needs are so great and we are so unqualified that it seems utterly impossible to make any difference. How is this all supposed to work? The story of Jesus feeding the five thousand, found in all four gospels, sheds some light on how God wants us to approach these seemingly insurmountable odds. Let’s take a look at this age old story that is so familiar to us and see if we might have missed something that Jesus was saying.

In a summary of the gospels of this story, Jesus had been preaching to a crowd of five thousand for a long time and they had not had anything to eat all day. The disciples looked around at the great need and advised Jesus to send the people home so that they could get something to eat. Jesus told the disciples, “No, you feed them – give them something to eat”. The disciples immediately tried to throw it back in Jesus’ court by saying, “What? There are five thousand men here plus women and children. It would take eight months wages just to get enough bread for each person to have one bite! There is no way we could possibly fill this need” – back to you, Jesus! Then Jesus asked them, “What do you have?” The disciples could only round up five small loaves of bread and a couple of fish. “But what is this among so many”, they said. The disciples looked at the magnitude of the problem and saw the huge lack of resources to fill the need. Jesus didn’t ask the disciples what was needed to try to meet the problem, he just said, “What do you have?” Then Jesus took what they had in the way of food and had the people sit down to eat. With the paltry amount available, He fed everyone and had twelve baskets left over! What can we learn from how Jesus handled this situation with his disciples?

First of all, if the people were hungry, why didn’t Jesus just rain down manna from heaven and feed everyone at once? Why did he use a little boy’s lunch instead? Jesus told this story to show us that He doesn’t really need the stuff that we have, he just needs us to show up and be willing. He purposely had the disciples go through the process of coming to the conclusion that there was no way they could meet the need with their own resources. But Jesus used what they had to provide a lot! He doesn’t need us to do the providing, He just needs us to give what we have. We are just supposed to show up with our lunch and watch what He can do with it.

The answer to our question, “How do the hurting people of the world know that God is good?”, is that they will only know if we show them. If we will just show up with what we have and be available, God will take care of the solutions to the problems. 2 Corinthians 5:20 says,”Therefore you are Christ’s ambassadors, as though God was making His very appeal through us.” For the past two thousand years, since Jesus commissioned His disciples, His followers have been going out and trying to show the world that God is good. We are to be the agent that brings the food, medicine, and comfort to the people that don’t have it and they get to experience the body of Christ and understand firsthand the goodness of God. As God’s ambassadors, we have already tasted His goodness and we are the vessel that He will use to show that goodness to others. The next time you hear that well known phrase, “God is Good!”, remember that we are supposed to be the bearers of that great news to the people that don’t already know it. 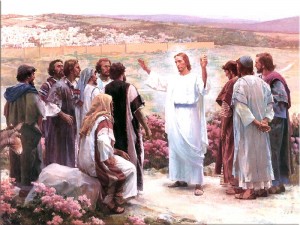 First of all, the word in Greek that is translated “temptation” can also be read as “trial” or “test”. In his book, “Jesus Through Middle Eastern Eyes”, Kenneth Bailey offers three suggestions as to what Jesus might have meant when He put this phrase in the Lord’s Prayer. The first suggestion leans heavily on the words, “lead us not” or, “do not lead us” into a place of trial or test. The picture is of a divine guide (God) leading an earthly pilgrim (us) down life’s path. The pilgrim has supreme confidence in the guide’s ability not lead him into the wrong place. “God, you alone know the way, so we trust you to lead us on the correct path and keep us away from tests, trials, and temptations.”
The second interpretation of the phrase, “lead us not into temptation”, is the that the Greek words suggest that we are asking God to not permit us to go on the wrong path. “Lord, please hold us back and don’t let us take the wrong path. We know we are weak, so Father protect us and don’t let us take the wrong trail in life.”

The third possible explanation of this phrase could have to do with the story of Peter’s testing during Jesus’ arrest and trial. Jesus warns Peter, saying, “Satan wants to sift you like wheat, but I have prayed for you that your faith might not fail” (Luke 22:31-32). Jesus doesn’t promise Peter that there would not be a time of trial or testing, but that He has prayed that Peter would be able to withstand the test. Later in the garden, Jesus awakens Peter and tells him to pray lest he enter into temptation. Peter doesn’t pray and soon afterwards is tested and fails in his time of trial by denying Jesus three times. This story suggests that we must pray to be protected by Jesus from Satan and his attacks. We are to pray to God for deliverance from the time of trial that evil brings. When you think of all three of these interpretations together, it makes sense to combine all these possibilities into a prayer to ask God to keep us away from the tests, trials, and temptations that life and Satan bring – and also from those that we bring upon ourselves.

Now, what about the statement, “deliver us from the evil one” (or from evil)? What kind of evil was Jesus talking about; evil from without, within or both? There are several places in Scripture where it speaks of God delivering someone from evil or harm (e.g. Psalm 121:7 and Job 5:19). The Hebrew word for evil, ”ra”, is a broad word meaning danger or misfortune as well as sin. It is very likely then that this phrase then could have a very wide meaning that would include evil inclinations as well as keeping from harm. A great, short way to express this is to say, “keep us far from evil and evil far from us”. We are asking God’s protection from what is outside us and what is inside us, as well.

Finally, what about the last lines of the Lord’s Prayer that we have so religiously recited all these years, “For thine is the Kingdom, the power and the glory forever, amen”? Surprisingly, this statement is not in either gospel rendering in the earliest manuscripts and is not included in any of the accepted translations. It was a doxology that was added apparently by the early church and is a paraphrasing of one of David’s ancient prayers found in 1 Chronicles 29:11-13. The Roman Catholic Church does not include this final passage when reciting the Lord’s Prayer, however, most Protestants do.

To summarize our study on the Lord’s Prayer, Jesus, in very few words, weaves together some amazing themes and kingdom principles for us to pray for and about. The prayer is remarkably concise and yet vastly comprehensive. Jesus taught us how to talk to our Father in Heaven, how to praise Him, and what to ask for ourselves and our community. Although it is most often prayed as a liturgical prayer, it should not be thought of in this light. At it’s core, it is a model prayer for how to pray to God from the heart. It can easily be modified and added to in order to fit any situation that the prayer finds himself in. The Lord’s Prayer is a timeless and classic masterpiece that has been loved and memorized for two thousand years by followers of Messiah Jesus. If our Messiah said, “this is how you should pray”, then we definitely need to know what the content and intent of his model prayer was. Hopefully, this study gave some insight and instruction in how better to pray to, “our Father in Heaven”. May His Kingdom come and His will be done through us, just like it would be done in Heaven!