Credit to Lois Tverberg for the original idea behind this post 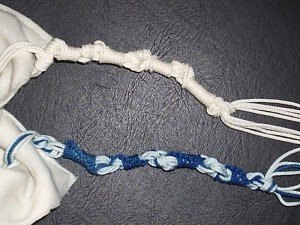 As you read through the Book of Deuteronomy you quickly discover that God was very detailed in the laws for living that He gave the Israelites. Every subject under the sun is covered, from personal hygiene, dietary laws, marriage, sexual conduct, and even what type of animals to plow with. As you ponder these laws often they don’t seem to make much sense. For example, in Deuteronomy 22:11 it says, “Do not wear clothes of wool and linen woven together.” Why would God prohibit something like this? On the surface it not only seems odd, but makes you think God was way too involved in the minute details of life. However, if you do some research, this law in its ancient Hebrew context had a very interesting and legitimate reason for being required of the people of Israel. Furthermore, when we discover the lesson that comes out of this unusual law it will even speak to us about our responsibility as Christians in today’s world. Let’s take a look and dig a little deeper into the Scriptures and see what God was requiring.

The reason God prohibited the Israelites from mixing wool and linen together in their clothing had to do with the priesthood and tabernacle system that God had previously set up. The priestly garments and the tabernacle weavings were made of a combination of wool and linen. Also, the priest’s undergarment was made of linen and his brightly covered vestment was made of wool. God wanted His priests to be set apart and noticeably different in their looks than the lay person. By using this command against mixing wool and linen, God was forbidding them to dress and look like His priests.

This law takes on an even more interesting turn when you look at the command the God gave the Israelites concerning the wearing of tassels (tzitziot) on their clothing in Numbers 15:38 (See also Jewish Dress and Custom). These tassels that God instructed them to wear actually seem to violate the command to not mix wool and linen together. Several ancient sources, dating back to Biblical times, indicate that one cord in the tassel was to be royal blue or purple and was to be made of wool while the other white cords were made of linen. This was supposed to be a holy mixture reserved only for priests. What was God doing? The Hebrew people understood the significance of God allowing them to wear this forbidden mixture on the corners of their robes. They saw it as God’s attempt to encourage and remind all Israel to aspire to be holy like the priests. Leviticus 19:2 says, ”You shall be holy, for I, the Lord your God am holy.” Also, in Exodus 19:6, God told the Israelites, “You shall be for me a kingdom of priests and a holy nation.” The fact that one cord was both woolen and royal purple makes it a symbol of both the priesthood and kingship in order to show that all Israel was supposed to be a kingdom of priests and a holy nation. The whole nation of Israel was to be a nation of priests, not just the leaders, rabbis or scholars. The robe of the priesthood was to be the uniform of all Israel. Even though they could not actually serve as a priest, they were to strive to be like the priests; holy and set apart for God’s service. These tassels served to remind and encourage the people of Israel to aspire to a degree of holiness comparable to that of the priests.

In summary, the seemingly small and odd command by God not to wear wool and linen mixed together has a deep and fascinating complexity hidden within its words. The picture portrayed in this obscure passage is a powerful one of His children being His priests to a world that doesn’t yet know the God of Israel. Christians today are also called to this same task. 1 Peter 2:5-9 repeats the same words and theme of Exodus 19:6. Then, in 1 Peter 2:12, we are told to live such holy lives among the pagans that they will be drawn to our God. We are to be to our world, what Israel was to theirs, a billboard to draw attention to their God. The next time you read one of these unexplainable portions of Scripture, do a little research. You may find a hidden gem!