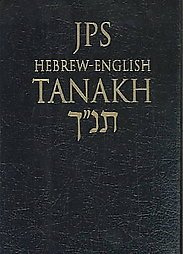 The foundation on which our New Testaments faith rests is obviously the Hebrew Bible. Christians are in the habit of calling it the Old Testament, which in a way implies that it is out of date and not relevant. We had the “old” and now we have the “New.”

The Jewish community refers to the Hebrew Bible as the Tenakh (also spelled Tanak and Tenach). What does this name mean? It refers to the threefold division of the Hebrew Bible. “T” stands for Torah ,or the Law and is the first five books of the Bible written by Moses. “N” is for Nebi im, or the Prophets and refers to most of the rest of the books of the Bible, such as Chronicles, Kings, Samuel, Judges and the prophets Ezekiel, Daniel, Isaiah and Jeremiah. “K” is for Ketubim, or writings and are the Books such as Psalms and Proverbs. The Jews believed that when the Messiah would come all three divisions would recognize him.

This makes the words that God spoke at the mount of Transfiguration very interesting. In Luke 9:28-36 Moses and Elijah show up and Jesus talked to them. Then God says “This is my son, whom I have chosen, listen to Him”. Now turn to Psalm 2:1 where God says “This is my son.” Psalm 2 was a prophetic Psalm and is attributed to Jesus in the N.T. in Acts 13:33 when Paul quotes this as a scripture that is fulfilled in Jesus, a son of David. So the “Ketubim” (say the N.T. writers) recognized Jesus as the Messiah. 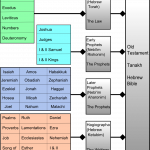 Now let’s look at “whom I have chosen.” Turn to Is. 42:1 and read these same words applied to the one who is to come whom God will put his spirit on. The writer of Matthew 12:18-20 recognized this as fulfillment of a messianic foundation when he said that Jesus fulfilled what was spoken through the prophet Isaiah and then quotes Isa. 42:1-4. So the Nebiim according to Matthew (the prophet Isaiah) also recognized him as the Messiah.

Now look at the words “listen to him” and look at the words in Deut 18:15 – “The Lord will raise up for you a prophet… listen to him.” The New Testament writer John quotes Nathaniel, saying,” we have found the one Moses wrote about in the Law and about whom also the prophets wrote” – Jesus of Nazareth. And Jesus says in John 5:46 “If you believed Moses, you would believe me, because he wrote about me.” So the Torah or the Law of Moses definitely recognized the Messiah.

We see in this statement that God makes about his Son on the Mt. of Transfiguration that the Law, the Prophets and the writings all point to Jesus as the Messiah.” This is my son, whom I have chosen, listen to Him”. Also it might be why Peter pitched 3 tents, 1 for the Torah (Moses) 1 for the Prophets (Elijah) and one for the son of David.