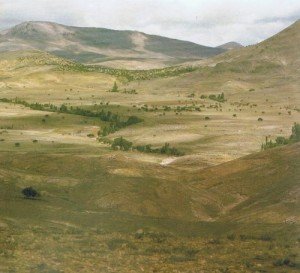 In our first session, we looked at the land, the people, and the stories of the Roman province of Galatia during the time that Paul would have visited in 45-47 c.e. After visiting the towns of Pisidian Antioch, Iconium, Derbe, and Lystra, Paul later wrote a letter back to these churches (the Book of Galatians) trying to instruct them in their new faith in the God of the Jews and His son Yeshua, the promised Messiah.

We were fortunate to be able to spend two full days in Galatia, walking where Paul walked and concentrating on the text of Acts and the Book of Galatians. Just being in the land, seeing the people and listening to the stories in their original setting gave us a unique perspective on these Bible texts. There have been countless works written on Galatians and on the concept of grace over the years.

This lesson will in no way attempt to be a scholarly presentation of all there is to know about grace or some new idea that has never been presented before. It will simply be my attempt to write down what I learned about this subject while I was there in Galatia. Hopefully, I will share something with you that might help you in your struggle with understanding the concepts that Paul presented in his wonderful letter. As my rabbi began to develop the struggle between faith and works, it started to become much more clear to me what I believe Paul was trying to say. As it turns out, the concepts of grace and works are inextricably intertwined.

First of all, there has been tension between these two ideas since Christianity began and there is some comfort in knowing that the subject was being debated even during Jesus’ day. The pendulum has swung back and forth throughout church history, from grace to obedience and back. Every generation seems to lean too far either one way or the other. The keys to this subject are this: What does it mean to “have faith”? What does it mean to be righteous?

To most present day Western Christians, faith is mainly an activity of the mind. To, “have faith”, or “to believe”, is to intellectually agree or to have a belief in some statement or idea. However, the Eastern thinking Hebrews looked at faith much differently. To a Jew, righteousness or faith was not someone in a certain condition, but an action to be performed. So they debated, “How do you become righteous?” They asked, “What does the Text have to say about righteousness?” One school of thought pointed out what happened in Numbers 25:5-13 with the story of Phineas, the grandson of Aaron. Psalm 106:28-31 speaks of this incident and says, “Phineas intervened (took action) and this was credited to him as righteousness.” Phineas got his righteousness from God by taking action. Another school of rabbinical thought, however, pointed out what it says in Genesis 15:6 as to what righteousness was. In this passage, God told Abram to go look at the stars and this will be how many children you will have. Verse 6 says, “Abram believed the Lord and He credited it to him as righteousness”. So it seemed that Abram got his righteousness from just believing. They debated back and forth and both camps had the Scriptures to back their position up. If they debated this question it should be legitimate for us to also ask, “Does righteousness come from doing something (an action) or does it come from just having a belief in what God says?” Or, is it somehow, both?

The key to understanding this concept comes from looking at what the meaning of the Hebrew and Greek words that are translated “ faith” in the Text. The Hebrew word is, “emunah” (Strong’s H530) and it’s Greek counterpart is “pistis”. Please carefully examine the definitions of these two words by clicking on the links. In Part 3 we will explain these words and how their definitions are such a key to understanding what Paul was saying in Galatians when he said, “The righteous will live by his faith”.

2 thoughts on “A Walk Through Galatia – Part 2”