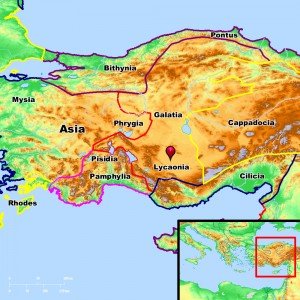 Most scholars believe that the apostle Paul wrote the book of Galatians to the churches that he founded in that Roman province in Asia Minor on his first missionary journey in 45-47 A.D. Those churches were the ones he started in Pisidian Antioch, Iconium, Lystra, and Derbe as chronicled in Acts 13 and 14. Also, a majority of scholars think that Galatians was the very first book written of all the New Testament canon, possibly in 48 or 49 A.D., even before any of the four gospels were written down.

The book of Galatians has always been thought of as the premier work on the gospel of grace; that man is justified and saved only by faith in Jesus Christ, and that there is nothing that he can do to earn his salvation. Galatians 2:16 says, “Know that a man is not justified by observing the law, but by faith in Jesus Christ. So, we too have put our faith in Christ and not by observing the law, because by observing the law no one will be justified.” Galatians if often referred to as, ”Luther’s book”, because Martin Luther relied so strongly on this book to refute the prevailing theology of his day. It is obviously a book worthy of our study and debate. What was it like in the province of Galatia during the time Paul and Barnabas made their fist trip there? What did they find and what were the people like when they visited these first churches to give them the good news of the gospel of Jesus Christ? Let’s take a walk through Galatia and see if we can unlock some of the secrets of this marvelous book. 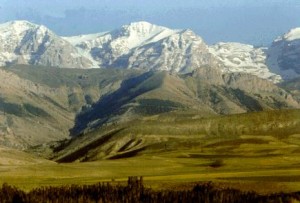 It’s hard to put into words or even on paper how being in the land of the Bible widens your perspective and understanding of the gospel text. Nowhere was this more evident than the two days we spent walking through the huge rural province of Galatia. Each day we were let off our bus in the middle of nowhere and spent the entire day walking and following our guide through the rural countryside. As best we could, we tried to follow the route that we thought that Paul and Barnabas would have taken as they walked to Pisidian Antioch from the coast, and then on to Iconium, Derbe, and Lystra. Also, Paul came back through these same cities on both his second and third missionary tours. Amazingly, all four locations have been found and most have been archaeologically excavated at least to some degree. The whole area is very mountainous and remote even today and certainly even more so in Paul and Barnabas’ day. In two days of walking, we only came upon 3 or 4 rural villages. Just feeling the remoteness of the area with your boots was a real eye opener. Even the names of the land suggest how remote and rural the country side is. For example, Lycaonia, where Paul and Barnabas were mistaken for Zeus and Hermes, means “wolf land” and today is the home of the world famous sheep protecting dog, the Kangel. We saw these huge canines, but kept our distance, as they tended their flocks of goats in the rugged mountains. We began to get a feel for the people and the land as we observed the native Galatians in their home environment. A highlight of the trip was being invited to eat lunch with the townspeople of a local village, by the mayor of the town himself. Seated in the one room village school, we ate a simple but wonderful meal of home grown vegetables, fruits, and breads that they prepared for us. We spoke to them through an interpreter and they seemed so happy to have us as their guests.

We also learned many other lessons of the land. We stood in the remains of the synagogue at Antioch and read from the Bible Paul’s speech that he gave to the Jews and Gentiles that had gathered there to hear him speak (Acts 13:14-48). We had a faith lesson in a sheep fold (See “Kingdom of Heaven is Forcefully Advancing”) and sat under a linden tree near Lystra and heard the story (See “The Gods are Back!”). Also, we stood on top the tel of Lystra and heard the inspiring story of Timothy (See Timothy the Unlikely Disciple, Part 1, Part 2, and Part 3). All of these stories are wonderful examples of how understanding the history and culture of the area makes such a difference in understanding these Bible stories. As we walked and read the scriptures in the land they were written to we began to wrestle with the idea of grace vs. works. What was Paul trying to say as he wrote to this group of rural and remote people? In our next session we will attempt to grapple with this age-old struggle in the church. Which one is it, or is there a way to reconcile the two?

One thought on “A Walk Through Galatia”