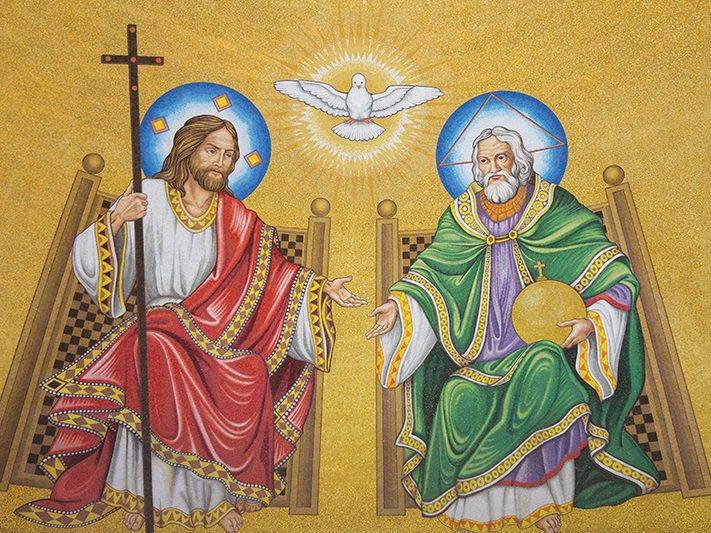 We saw from our study of the Ascension, that when Jesus was taken up to heaven in a cloud (Luke 24:51 and Acts 1:9), He fulfilled at least two prophesies about the Messiah from the Hebrew Bible. In the book of Daniel (Daniel 7:13-14), Daniel had a vision of one called ”son of man” who was enthroned as the ruler of all the Earth, and His dominion would be everlasting and never destroyed. This was the first use of the term, ”son of man”, to describe the coming Messiah that the Jews were expecting. Jesus frequently used this phrase to refer to Himself to show that he was the eschatological figure spoken of in Daniel (see also Mark 8:31). In fact, Jesus used this phrase eighty-one times in the Gospels, and that same term was not used by anyone else but Jesus (see the Ascension story for more details).

Mark 16:19 states that ”Jesus was taken up to heaven and sat at the right hand of God.” This also fulfilled a major prophecy from David in Psalms 110:1 (see study notes). In this passage, God said to the one who was to come (Messiah), “sit at my right hand until I make your enemies a footstool for your feet.” Jesus quoted this verse to the Pharisees in Matthew 22:41-46 to show them that it was He who was the one who would be seated at the Father’s right hand.

What then is the concept and the cultural significance behind the idea of the “right hand” in the world during this time in history? 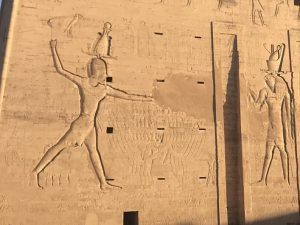 The hand was very symbolic of the ancient world. The hand represented the authority of the individual and was the instrument that carried out a person’s intentions. From the earliest of times, the right hand was the symbol of authority. Most people were right-handed and the left hand was used for sanitary purposes and thus thought of as carrying a lower status. With the right hand, blessings, fellowship, and even vows were extended, and conversely, punishment and wrath were extracted on enemies. In Egypt, every Pharaoh was depicted on the walls of their temples with an extended right arm, often with some sort of weapon in hand. This extended right arm displayed their authority. 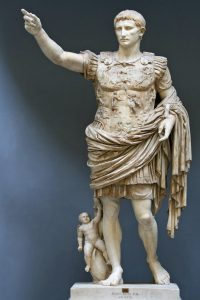 To be seated at the right hand of a ruler or host meant that you were occupying a place of high honor. If you sat at the King’s right hand, you acted as the principal agent of his authority and you were second in command only to the KIng himself. This is where we get the idea in English, ”right-hand man”. This was a well-known concept in the Roman world as well. Many of the statues of the Caesar’s have them posing with his right hand forward, upward and extended to show that he had supreme authority. At his death, Julius Caesar was claimed to have gone to heaven to sit at the right hand of Zeus, the supreme Roman god.

What then can we conclude from this cultural look at Jesus sitting at the right hand of God? What did the Ascension accomplish? Jesus has finished his redemption work and is now sitting in a place of rest in his Father’s throne room in heaven. Everything that he came to do, he accomplished. It is finished. All of His redeeming work was done. Nothing else was required on earth, so He went back to take his rightful place on His throne. He is there now interceding with God on our behalf (Romans 8:34). Because of His status at the Father’s right hand, He has full authority to carry out God’s will on the Earth. He is God’s right-hand man. The disciples, as they watched Him ascend to heaven, now knew that Jesus was indeed divine and would be in charge and with them wherever they went. And, boldly they did go to the ends of the Earth to spread the good news (gospel) that Jesus saves and that He is in on the throne and is reigning forever (read Isaiah 52:7 to see what the good news really is from the text).

One thought on “At the Father’s Right Hand”