“That same night eat the meat cooked over the fire. Also eat bitter plants. And eat bread that is made without yeast.
— Exodus 12:8

“Always remember this day. For all time to come, you and your children after you must celebrate this day as a feast in honor of the Lord. It is a law that will last forever.

“Eat bread made without yeast for seven days. On the first day remove the yeast from your homes. For the next seven days, anyone who eats anything that has yeast in it must be cut off from Israel.
— Exodus 12:14-15

Here’s something that you might not have known about yeast as it is used in the Passover story. If you will remember in Exodus 12, God told the Israelites to prepare bread without yeast as part of the meal they were to eat the night before the death angel passed over their houses. Then he says in vs. 14 and 15, to keep this as a lasting ordinance from now on. For 7 days during the Passover Season, they were to completely remove yeast from their houses and not to eat anything with yeast in it. 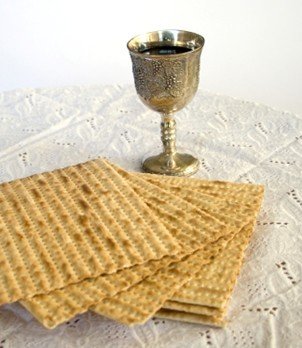 Here’s the part you might not have known; using yeast to make bread was an Egyptian invention and was used extensively there even before Joseph was sold into slavery in Egypt. Beer was a staple drink for the Egyptians and they also ate leavened bread. Yeast was needed to produce both the beer and the bread. If you took away yeast, to a person in that time period, you were symbolically taking away the food and drink that the Egyptians were providing. So to a Jew, to take away yeast was to take away Egypt. God set up the Passover ceremony to remind the Jews to keep Egypt out of their lives. Don’t go back that way anymore, he was saying. Yeast is the picture of Egypt. Yeast symbolized everything that was evil about the Egyptian civilization and what they had done to the Hebrews.

The Feast of Passover is designed to get Egypt out of us. It was not just a little game they played with the kids, it was serious business.  It is a reminder of all that Egypt is, the sin and bondage that creeps into our life, as the year goes on. God wanted the Israelites, and us, to be faced with the concept of yeast every year and what it represents. He used it to remind them that sin (Egypt) should not be a part of their lives and to make a conscious effort to get rid of it… Yeast, in almost every instance in both the Old and New Testament represents sin (Mark 8:15, 1 Cor 5:7-8, Galatians 5:7-9, etc…). This should also say to Christians that we should never serve bread made with yeast in our communion meals. This paints the opposite picture that God was trying to communicate when he said to the Israelites so long ago, “No Yeast (No Egypt)” in your lives.

Blueprint for Messiah: Found in Exodus

« God of Second Chances; The Story of Onesimus
Why the Dinosaurs Are Extinct »