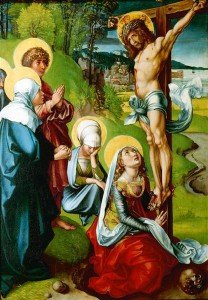 Reading through the stories in Acts of Paul’s missionary journeys, Paul and his companions always stop first at the local Jewish Synagogue. In every case they eventually meet with some opposition from the local Jewish leaders when they attempt to explain the story of Jesus as the Promised Messiah of the Hebrew Scriptures. Western thinking Bible readers find it hard to understand why some of the Jews had such a hard time recognizing and accepting Jesus as the Messiah that they had been waiting for. Paul, in his first letter to the Corinthian church, in Chapter 1 verse 23, said, “…..but we preach Christ crucified: a stumbling block to the Jews and foolishness to the Gentiles.” What did Paul mean when he stated that the crucifixion was a stumbling block to the Jews? Was Jesus being crucified a problem for them? Was this one of the reasons why the Jews did not want to believe that Jesus was the promised Messiah? Many valid reasons have been given for the Jews unwillingness to accept Jesus as the Messiah, but one that is rarely mentioned can be found in the Hebrew Scriptures that the Jews were so familiar with.

When God was giving Moses the Law outlined in Deuteronomy, He gave a specific command concerning someone who was hung on a tree. Deuteronomy 21:22 says, “And if a man has committed a crime punishable by death and he is put to death, and you hang him on a tree, his body shall not remain all night on the tree, but you shall bury him the same day, for a hanged man is cursed by God. ” To God and therefore to Jews, hanging on a tree symbolized divine judgment and rejection. This verse and this concept were part of the fabric of their society; you were under God’s curse if you had been hung on a tree for your crimes.

When the apostles began to proclaim the good new that Yeshua from Nazareth was God’s son come to Earth to be the Messiah, and that He had been crucified and hung on a cross, but raised on the third day, that thought gave the devout Jew a lot of problems. This was a huge red flag for them. “How could this be the promised Messiah if He had been put to death in such an unholy manner?  Deuteronomy says that he is cursed! Our Messiah wouldn’t be unholy!”

Paul explains to his audience of Jews in Galatians 3:13, that , “Christ redeemed us from the curse of the law by becoming a curse for us, for it is written, “Cursed is everyone who is hung on a tree” (referring to the Deuteronomy passage). Peter says in 1 Peter 2:24, “He himself bore our sins in his body on the tree, so that we might die to sins and live for righteousness; by his wounds you have been healed.” Yeshua, the Messiah, by taking all our sins with him on the tree became a curse for us and paid our unholy death penalty that we deserved.

For an observant and well studied Jew, you can see how Jesus’ crucifixion was going to be almost impossible to accept. It went against Scripture and everything they had been taught. It would be much more of a stumbling block to the Jew who knew his Scriptures than a Gentile who would not have known any better. The crucifixion and resurrection would have been a hard concept for a Jew to have grasped, especially since they had been looking for a warrior Messiah to deliver them from the bondage of the Romans (e.g Acts 1:6).  This certainly helps to explain some of the reasons why Paul met such opposition and hostility when he went to the Jewish synagogues on his missionary journeys. There were obviously other issues involved, such as jealousy, but this must have been one of the big issues. All the Jews were looking for a Messiah but something about the crucifixion made them think that this Jesus didn’t fit the criteria as they read the Scriptures. Jesus’ manner of death was indeed a stumbling block for the Jews, as Paul said and once again our knowledge of the Hebrew Scriptures helps us understand why.

« From Saul To Paul
The Gods are Back! »