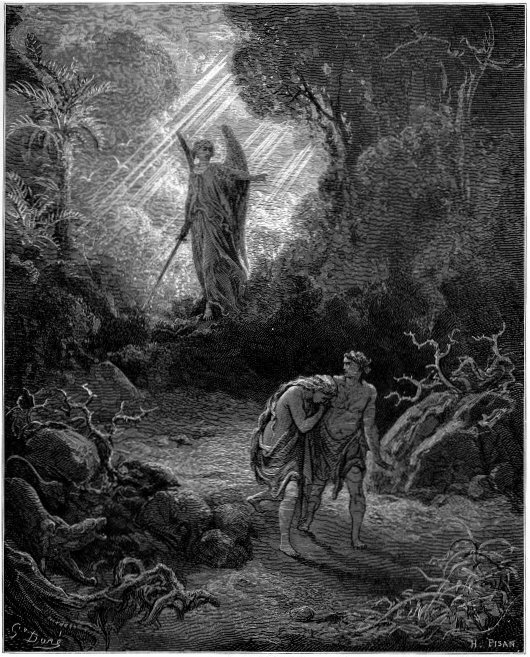 As you read and study about the Tabernacle, you definitely notice some parallels between it and the creation story.  What was God doing, or trying to say to His created?

The main job for the inhabitants of the Garden of Eden, was to work the land and take care of God’s home (see Genesis 2:15).

The main job for the priest was to take care of all the furnishings and do the work in God’s new home.  (Numbers 3:7-8).

God placed a tree of life in the Garden of Eden (Genesis 2:9).  When God had the Israelites craftsmen build the lamp stand or menorah, He had them build it to resemble and represent the tree of life, with buds, blossoms, branches, and fruit.  (Exodus 25:31- 39).

In Ezekiel 28:13, it lists the precious stones that were present in the Garden of Eden.  These are the same stones that are worn by the priest in the Tabernacle (Exodus 28:17- 20), painting another picture and parallels of the 2 places.

The complete Tabernacle was erected on the New Year’s day (Exodus 40:17), which signified a new era, a new beginning for God’s people.  This mimics the creation story, which was, of course, the new beginning for mankind.  God was saying in Genesis and  Exodus ,”this is a new creation”.  The Tabernacle is, in some many ways, the renewed version of the Garden of Eden.  God was, again, trying to live with his people.

To summarize, when God had the Israelites construct the Tabernacle, He was re-creating something that was already in place in heaven.  He was just making a smaller version of the furnishings in heaven.  And the Tabernacle was also a re-creation of the events at the creation.  God was starting over, in another attempt to dwell among his creation. God continued  this theme with his final act to dwell among his creation when he sent his son Jesus to earth to dwell among men (John 1:14).  Now He lives among us, in our hearts, instead of in a tent made by human hands. Amazing grace!

2 thoughts on “Creation Story in the Tabernacle”