One of the best illustrations I have heard to describe the difference between these two ways of approaching things is the example of the frogs in the pond. 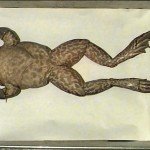 Every year, the biology department at the local school would go out to a nearby pond and capture a bunch of frogs. They would euthanize the frogs, then take pins and stretch them on a board.  The students would then dissect the frogs, learning about their stomachs, their heart, and how their muscular and digestive systems work.  They thoroughly studied these frogs and knew how their various parts worked.  This is certainly one way of studying the frog and how he lives. 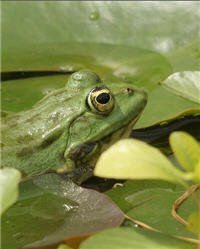 Frog in a Lily Pond

Another way to study the frog is to leave him in his natural habitat and observe him in the pond.  You would never know anything about his heart and digestive system, but you would learn some other things.  You would know if that frog had a girlfriend or not, you would learn which lily pad he lived under and you would be able to see how far he could jump and how fast he could swim.  By studying his habitat and environment you would also learn a lot about the frog.  By leaving him in his natural setting, you would get to know him personally.

Now both ways are excellent ways to learn about frogs, but there is a huge difference in what you learned.  One is more head knowledge about the frogs, while the other is more of heart knowledge of the nature of the frog himself.

The conclusions we can draw from this are very interesting.  The parallels we can make are much like our search for God.  Often, we know a lot about God, but we don’t really know God.  We know he is omnipotent, omniscient and omnipresent, but we don’t know him on a personal basis.  Our study of God is often relegated to facts about God; we have head knowledge but we don’t know him intimately.  We know his attributes, but not his heart.

Although the only way to learn about God is to read his words, I don’t want to know God in just a factual, legalistic way.  I want to experience him and know how he thinks and what he thinks of me.  I want to learn to love God because he is God and to learn to walk as Jesus walked.  I need to read his book in order to get to know him in a more personal way.  This will require persistence on my part, to get to know him over a period of time. I will need to wrestle with the word (hagah) like the lion does in Isaiah 31:4. Also,The Hebrew word Hatzupho means persistent faith, out of which the word chutzpah comes.  Give me chutzpah, as I attempt to learn to know you better.