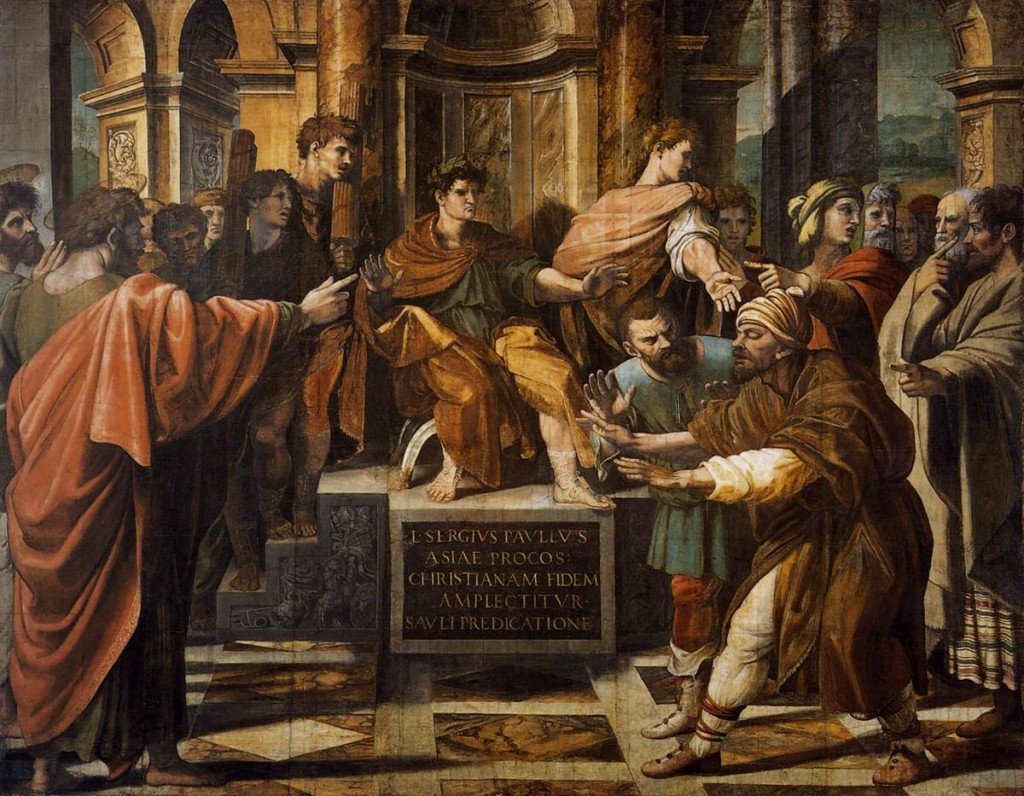 The Conversion of Sergius Paulus

Perhaps no one in in the Bible was more like Christ than Saul of Tarsus. We first meet Saul in Acts 7:58, at the stoning of Stephen and then learn of his conversion experience on the road to Damascus in Acts Chapter 9. Most Christians have assumed that God changed Saul’s name to Paul at his conversion experience to signify his new faith in the Messiah Jesus. Now that he is a changed man, God switched the “S” to a “P” to give him a new name and signify that change. But, is this really the case? Did God change Saul’s name? Did he leave the Damascus Road using his new, ”Christian” name? A careful look at the Text will give some revealing insights into this interesting subject.

First of all, when do we find evidence in Scripture of the name change? Was it right after the Damascus Road experience? Actually, there is no mention of it until four chapters later in Acts Chapter 13, on Paul’s first Missionary Journey. Acts 13:9 says, “then Saul, who was also called Paul…”. This is the first mention of the name Paul in Acts and most scholar’s time-line date his first missionary journey approximately fourteen years after his conversion experience in Chapter 9!

Did God change Saul’s name to Paul and was this change done to minimize his Jewishness and emphasize his Christianity? Again, Scripture gives no indication that this is correct. In fact, it appears as if it was not a change of name at all, but another name that Paul also went by (Saul who was also called Paul; see above verse). Saul was a devout and observant Jew and remained one all his life (e.g Acts 17:2, Acts 18:18, Acts 20:1, and Acts 28:17 just to name a few). He was very proud of his Jewish name and the heritage it represented (Saul was from the tribe of Benjamin, the same tribe as Israel’s first king, also called Saul). He would have never wanted to change his name and renounce his Jewishness.

In English, it looks like Saul just switched an “S” for a “P” in order to have a different name. But, in Hebrew, his name was Sha’ul, and Paul is the English word for the Roman (Latin) name, “Paulus”. To go from Sha’ul to Paulus isn’t quite as catchy and takes away the Saul to Paul rhyme that we find in an English translation. It is also possible that Sha’ul had been given the Roman name Paulus early in life. Paulus in Latin means, “little”. Sha’ul grew up in a very Greek and Roman city, Tarsus, so he may have been called Paulus by his Hellenistic friends.

Sha’ul decided to start using his Roman name, Paulus only after going to the Gentiles and having an encounter with the Roman proconsul of Cyprus, Sergius Paulus (one of the top officials in all the Roman Empire). It is no coincidence that Sha’ul took the last name (Paulus) of the prominent man who was his first convert. By using the Roman name Paulus, possibly even at the suggestion of Sergius Paulus, Sha’ul now had easier access to the Romans he was trying to tell the good new of Jesus to. We know from the study of Acts that Paul spends the rest of his life trying to go to Rome to preach the gospel – often to the highest Roman authorities. The name Paulus undoubtedly helped him to gain access to Roman circles.

4 thoughts on “From Saul To Paul”