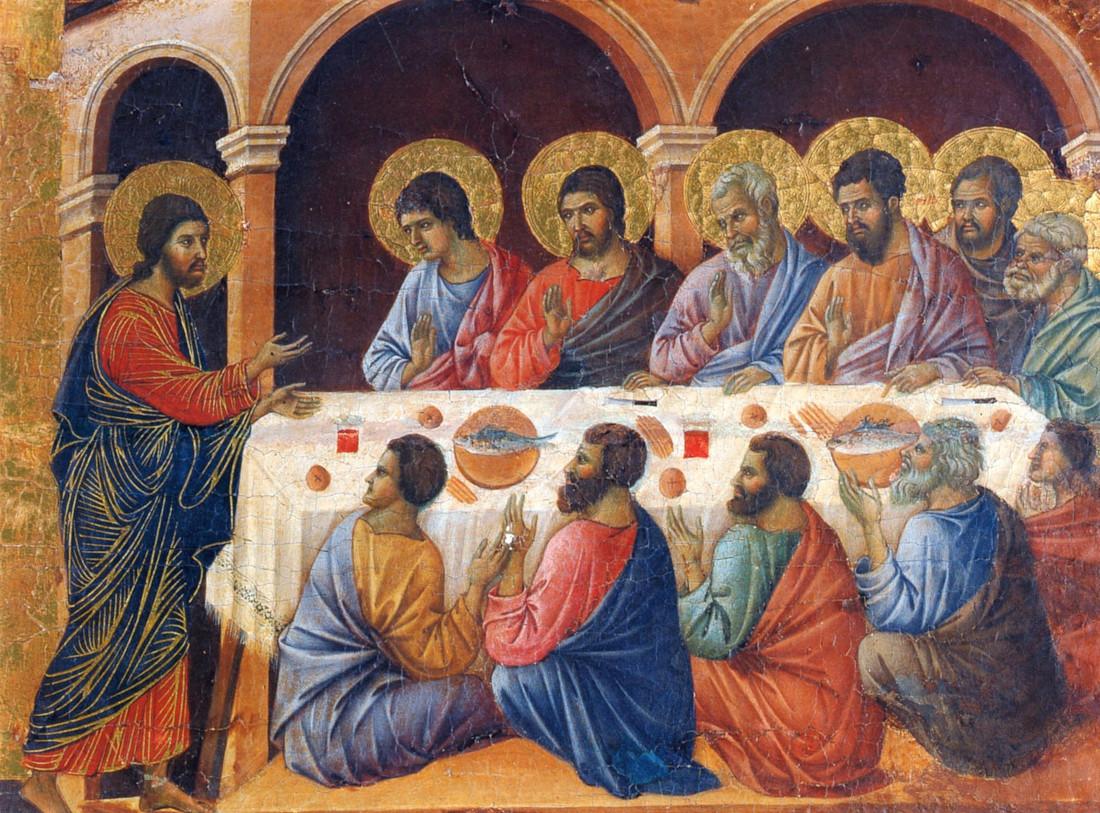 The Appearance to the Apostles by Duccio di Buoninsegna

The story in Luke has Jesus appearing to his disciples the evening of the day that he was resurrected. John 20:19 tells us that the disciples were meeting behind locked doors because they were afraid that the Jewish leaders were after them. Jesus suddenly appeared in their midst and began conversing with them. As you can imagine, even though he was standing among them, they were having a hard time believing that He had actually come back from the grave. Jesus showed them His hands and feet and ate a piece of fish so they would see that He was indeed alive and not a ghost!

Then, in verse 44-49, it says, ”he opened their minds so they could understand the scriptures.” In verse 44, He made this amazing statement, “Everything must be fulfilled that is written about me in the Law of Moses (Torah), the Prophets (Neviim) and the Psalms (Ketuvim).” The Hebrew Bible is called the Tanakh because of these three divisions. (Read, A Lesson from the Tanakh for a complete description). Jesus was saying, “I have fulfilled every prophecy in every part of the Hebrew scriptures that you know so well. Every section of the text refers back to me.” What a lesson that must have been when He showed them everything that had just happened in the Hebrew Text!

What was the result of Jesus opening their minds to understanding the fact that they had actually been traveling with the ”Son of God”, the, promised, “Messiah” for three years? Jesus told them that because they were eyewitnesses to the fulfillment of all these prophecies, they were going to be responsible to now go out “and preach repentance and forgiveness of sins in the name of Jesus to all the nations, beginning in Jerusalem.” This sounds just like the parallel verse in Matthew 28:18-20, that we call the Great Commission. And, that is what they did, starting in Jerusalem, Judea, Samaria, and the ends of the earth. The disciples ended up all over the known world, spreading the good news that their Rabbi and Messiah had taught and shown them while he was in their midst. What they had seen and been shown in the word convinced them to be completely sold out to their faith, even to the point of death, for all of them. This should give us more incentive to find Christ ourselves in the pages of the book and make his name known to a world that badly needs his promise of salvation.

P.S. An excellent place to start a study to find Christ in the Old Testament would be these two short articles: