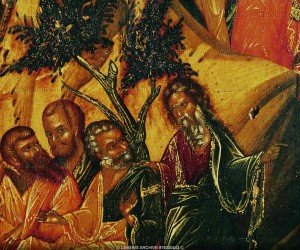 In the Gospels we see Jesus called “Rabbi” by six different groups of people; His disciples, a lawyer, a rich man, a Pharisee, a Sadducee and “the crowd”. What was a rabbi and how did you become one? What was the educational system like and the lifestyle that would produce these great Jewish teachers? First of all, the word “Rabbi” means, “My Master” or literally “My Great One”. It came from the word “RAV” that means great or honored one and was used by slaves to their master or servant to his lord. The word “Ravi” means “my” master or “my” boss. To discover how someone would become a Rabbi in Jesus day we need to look at the lifestyle and educational system that would have produced them. What was the educational system like in the first century in the Galilee?

The heart of all Jewish education was the home. The home was the center of learning. Education took place in the home. Any other education was just an extension of the principles taught at home. Although both parents shared in this task, the father bore the chief responsibility for the instruction of the children. The father was the main instrument in the learning process. The Talmud states, “The father is bound in respect of his son to circumcise….teach him Torah, take a wife for him, and teach him a craft” (Kiddushin 29a). This is such an important point! The heart of Jewish education was a child seeing his family, especially the father, in action in life situations. Abraham Heschel, a well known Jewish writer, gave this famous quote, “What we need more than anything else is not text books, but text people. It is the personality of the teacher which is the text that the pupils read; the text they will never forget”. The foundation for Jesus’ education would have definitely been his father, Joseph’s example – in addition to his heavenly Father.

At this point in the study, it is helpful to make some comparisons between Western (Greek) and Eastern (Hebrew) thinking in education. The object and aim of the Hebrew system was, “the knowledge of God”. The object and aim of the Greek system was, ”know thyself”. These two aims are poles apart. The Hebrew system started with God; ”The Fear of the Lord is the beginning of wisdom, or knowledge” (Proverbs 1:7 and Proverbs 9:10). Man can never know himself, unless he first learns of God and is submissive to His will. The Greek system, on the other hand, starts from the knowledge of man as he seeks to understand God through man’s higher nature. To the Jew, the ideal of holiness and separation was the key to knowing God. All education was directed to this end; be holy, be different, be set apart from the other heathen nations. In contrast, the Greek world did not understand education to be tied to a holiness of life. Teaching involved the transfer of knowledge in intellectual areas such as art, music, or athletics. The Greek teacher aimed at developing the talent and potentials of his student. In Greek society only the wealthy and leisure classes were educated. Our English words school and scholar come from the Greek word, ”Scholazo”, which means to have leisure, or to have spare time, or to have nothing to do. Conversely, Jewish education was for all people and concerned the whole person.

In summary, the Greeks learned in order to comprehend, the Hebrews learned in order to revere. To a Jew, wisdom was what you did, not what you knew. It was action and behavior, not the nine points of theology. Jesus took his disciples out into life to teach them how to act. He demonstrated personally, and as they acted and reacted he taught them the truth. It was not “to know”, but ,”to experience”. In our next segment, we will look at the actual Jewish educational system during the time of Jesus and see how that shaped His style of teaching and made Him a rabbi in the eyes of His constituents.

« The Grass is Always Greener; The Story of the Tribe of Dan
Jesus-A Jewish Rabbi: Part 2 »