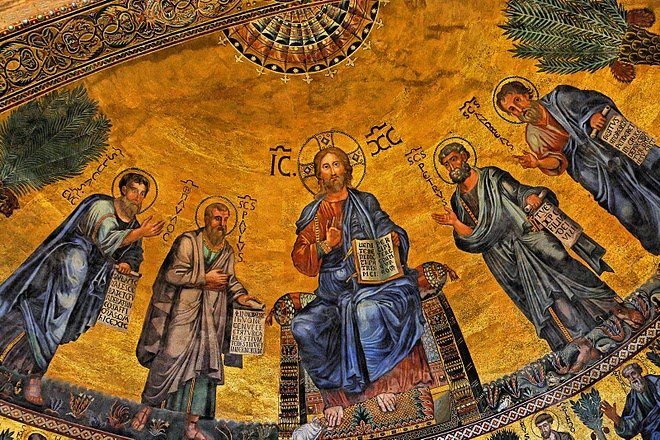 He went into all the country around the Jordan, preaching a baptism of repentance for the forgiveness of sins.

In our last post we looked at John the Baptist and his role to be like Elijah in the coming of the promised Messiah (Malachi 4:5-6). We noted that he looked and acted like Elijah and that he lived and preached in the places that Elijah had frequented when he was preaching and teaching. How did John understand his role as the predecessor of the Messiah? What did he think that he was supposed to preach and teach in order to prepare the way for the Lord to come? John’s language was always a language of repentance-“Repent for the Kingdom of Heaven is at hand” was his constant theme. As the crowds came out to see him, he would always tell them to repent! The Hebrew word for repent is “teshuva” (Strong’s H8666) and means to get off the wrong path, turn around and get on the straight path and walk in obedience. The Luke passage quotes Isaiah 40 that talks about making the straight path for the Messiah that is to come. John is constantly telling his audience to Repent! Be baptized! Turn around, get on the straight path, be obedient and produce fruit!

John was trying to get the Israelites to walk in obedience and righteousness. He was saying, “If you prepare and walk in obedience, God will show up, His Glory will come, His Kingdom will come”. As you are reading through Luke chapter 3, the people are touched by John’s message and they ask, “what can we do”? John then gives them specific answers on how to live a holy life that will produce fruit. What’s the moral of this story?

If we want God to show up in our churches, we as a congregation need to repent and obey God’s word and get on the straight path that John advocated. God’s kingdom will come if we will do our part! Just as John was to prepare the way for the coming of the Lord, we are also to prepare the way for the Lord to come into our lives and churches and the key ingredient is repentance. If we were asked to summarize John the Baptist’s ministry statement, we would all probably say that it was, “Repent and be baptized, for the Kingdom of Heaven is near”. If you were asked to summarize Jesus’ ministry statement, what would you say? Look at Matthew 4:12-17 to find a surprising answer. “When Jesus heard that John the Baptist had been put into prison by Herod, the Word says in verse 17, “From that time on Jesus began to preach, ‘Repent for the kingdom of Heaven is Near’”! He was preaching the same message that John did!

Also, one other interesting note is that John the Baptist would probably have been a Sadducee! Both his parents were from the priestly line, and the Bible seems to indicate that most if not all the priests were a member of the Sadducee sect. This group of people was generally thought of as corrupt and in cahoots with the Romans. So, it is interesting to think that God would have used a member of the corrupt party to call the nation to repentance!