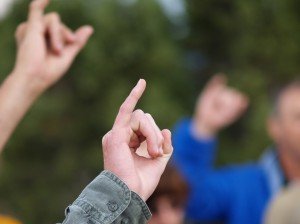 Paul, in Acts 28:31, says, “Boldly and without hindrance He preached the Kingdom of God and taught about the Lord Jesus Christ. Mark and Luke use the phrase” Kingdom of God” to say the same thing. This phrase occurs over 30 times in Luke. In Luke 9:1 when Jesus sent the twelve out, He sent them to preach the” Kingdom of God”. In Matthew 10:7 Jesus tells His disciples, “As you go, preach this message, the Kingdom of Heaven is near.”

Although the phrase “Kingdom of Heaven” doesn’t actually appear in the Hebrew Testament, it occurs 120 times in the New Testament. The Hebrew phrase is “Malchut Shamayim” which would have been a common phrase to their world. The phrase was used in a pious way to avoid using the actual name of God, which was commanded in Exodus 20. So you would think of a synonym for God. God was the God of Heaven, so use heaven as a synonym for His name. If you look it up, Jesus never used God’s name in the New Testament, He calls Him Father. In Luke and Acts the phrase Kingdom of God was used when they were writing to the Gentiles. Kingdom of God = Kingdom of Heaven.

Even though the expression” Kingdom of Heaven” or” Kingdom of God” does not actually occur in the Hebrew Testament, the one fundamental theological statement that is made in the O.T. is that God is the Ruling Lord, He is God, alone, and He alone is reigning on the throne of His kingdom. This is what is meant by the “Kingdom of God”. In Hebrew, the word translated kingdom (Malkuth) is a dynamic word signifying royal power, just as the English, kingdom, means the authority and power of a king. In the biblical tradition, the idea of the “Kingdom of God” is God’s exercise of His royal power (see David’s prayer in 1 Chronicles 29:11). To have a kingdom, you must have a king that is ruling and reigning over it.

The great example that serves as a pattern for the rest of the Bible, of God’s exercise of His sovereign power, is the Exodus. The events of God’s delivering His people out of the slavery of Egypt to the Promised Land were viewed by the Bible writers as the pattern for all His future acts of kingly power. Prophets looked for a second Exodus that would be greater than the first (see Isaiah 51:9-11 and Hosea 2:14-25), where the Kingdom of God would show up in power under the rule of His representative, the Messiah. The writings of the Essene community at Qumran showed that they believed the” Kingdom of God” was among them now.

Jesus said in Mark 1:14-15, that the time is fulfilled, the Kingdom of God is at hand; repent and believe in the gospel. This appears to mean that the time for waiting is over; God is now initiating the Second Exodus. When Jesus’ read the Isaiah 60 and 61 passages that predict the 2nd Exodus and the arrival of the Messiah, He says, “today this scripture is fulfilled in your hearing”. It’s here, the kingdom is here! So the concept of the” Kingdom of God’ is interwoven throughout the Bible from Genesis to Revelation. But the concept of the “Kingdom of Heaven”, the place where it was born, where God first shows up in great kingly power to his people, is the Exodus, in Egypt. All the rest of the Bible is shaped by the Exodus. It is the pattern by which the rest of the Bible develops. What was the pattern? 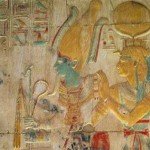 The Kingdom of Heaven starts when God acts in great power and the finger of God shows up (Exodus 8:19, 31:18, and Psalms 8:3, Luke 11:20) – also similar phrase the “hand of the Lord”. Pharaoh’s magicians recognized these great powers as they saw the miracles of the plagues unfold. They told Pharaoh, this is just the finger of this God working, as if to say, what would happen if He put his back or legs into it. You better not mess with this God, He is all powerful.

After bringing the miraculous 10 plagues on the Egyptians and defeating the Egyptian gods, God leads his people out to a place where they camped at Pi Hahiroth. Here, He again acts in unbelievable power as the waters of the sea are parted and the Israelites walk through on dry ground. This leads to the 2nd step of the Kingdom, people call Him Lord. Exodus 14:31 says “And when the Israelites saw the great power the LORD displayed against the Egyptians, the people feared the LORD and put their trust in Him and in Moses his servant.”. They stood on the bank of the sea and danced and sang a song to God and called Him Lord. He is our God; we will follow Him, and not the old ones we used to follow in Egypt. “Who among the gods is like you, O Lord”, says chap 15 vs. 11. Think about that based on where they had just come from. The Lord will reign forever and ever says vs. 18. The children of Israel have finally decided who the King is! It’s not Pharaoh or the gods of Egypt who they were to serve.

What started as a night of great terror for the people turned into a great victory, by the finger of God. They came out of the water a different nation. Here, the nation of Israel was born, through wind (ruah) fire and water. The Red Sea became a birth canal through which they emerged as a new people. This is the first time a whole community of people called Him King. It is interesting to note here that the people were saved first and then believed. Our philosophy is that you believe first and then you are saved.

Immediately after this great miraculous saving experience God takes his people out into the harshest desert in the world. This is the third part of the Kingdom of Heaven story:

God is saying you have called me King? Are you sure? Let me show you how to make me your king. Let me take you out to the desert. We’re going to leave the fertile place, the place with lots of water and food, and we’re going to go to a place where it’s hot and dry and you will have to count on me for your food and water. If you obey me in these circumstances I will make you a kingdom of priests.

Are you going to be willing to take on the yoke of obedience in your daily life? If you’re going to call me King and Lord, then you must go out and do my will. I want my will to be done. To call Him Lord we must be obedient to Him.

The Kingdom of Heaven is found in the desert. God did not let his children go the easy way. He led them into the most severe desert in the world, “to humble you and test you in order to know what was in your heart, whether or not you would keep His commands. He humbled you, causing you to hunger…to teach you that man does not live by bread alone but by every word that comes from the mouth of the Lord”. Deut 8:2-4 (also read rest of Deut 8). The desert is the place where He gently and patiently takes us to teach us and demand from us, obedience. God’s desert plan is to put us in tough circumstances so we can see who we are and what we are doing here, and what is in our hearts. We can’t get away with just calling Him King; we have to make Him King, by being obedient, by actually serving Him and doing his will.

It seems, in the church today, we want to see the finger of God, and we want to see His great power displayed. We like calling Him Lord and King with our praise songs, but to submit to His will? We want very little to do with the obedience part. The Kingdom of Heaven shows up when people obey, it doesn’t come without obedience.

Exodus 19:4-6 says it perfectly: “‘You yourselves have seen what I did to Egypt, and how I carried you on eagles’ wings and brought you to myself. Now if you obey me fully and keep my covenant, then out of all nations you will be my treasured possession. Although the whole earth is mine, you will be for me a kingdom of priests and a holy nation’ “. This conversation took place at Mt. Sinai and God was extending his covenant relationship to all the nation of Israel. This was an outgrowth of the covenant He had set up with Abraham in Genesis 15, 600 years earlier. “Now if you will” and “then I will” are covenant expressions. If what? If you obey me fully and keep my covenant, then what? He will make us His treasured possession and we will be a kingdom of priests and a holy nation. Israel was to be God’s kingdom (the people who acknowledge the fact that you are our King), and like priests we are to be wholly set apart to do his bidding, His will and His service. We are to be a holy nation – a nation that is set apart both individually and collectively as different, distinct people that are doing His will. We are to be set apart that much that we are like priests serving in God’s kingdom. We don’t call Him king, we make Him king.

In summary, we have grossly under stressed obedience. The Lord’s people should be a people who are called to and driven by obedience. We want to make our king dance like He made us dance. We should want to do everything in our power to make Him king. Obedience is always the response to grace. How else could we respond to what He’s done for us? We must walk as Jesus walked, must do what He says. I hope I can catch the importance of this in my life so His kingdom will come to me right now where I am, not just someday in heaven.

« How Strong is the Culture’s Hold on You (Me?)
God Picks a Partner »

2 thoughts on “Kingdom of Heaven Begins”