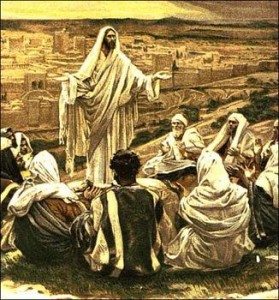 In this post we will look at the second of the three, “we” petitions found in the Lord’s Prayer. For review, the model prayer that Jesus gave to His followers first contained three petitions that pertain to and speak towards our Father in Heaven and His holiness. First, we must pray to the source of everything and ask for His holiness and His kingdom to be magnified. Only then are we ready to pray for our own needs to be met. The order is important; God comes first and our concerns, although important, are secondary. The key to understanding and implementing this section of the Lord’s Prayer lies in the following statements: in the three, “we” petitions, we are asking for daily bread, daily pardon, and daily protection. Just like we need daily physical sustenance, we also need daily forgiveness and daily protection from evil and the evil one. As a western thinker, our first thought is that these requests are just for our personal needs. In the context of the Lord’s Prayer, however, they are presented as communal needs. These three petitions are to be prayed in the first person plural. We are not praying for ourselves as individuals but for ourselves as a church, corporately. The Lord’s Prayer is at its core a family prayer for the church community. Although it is used in personal prayer time, Jesus gave us this prayer to offer up for each other communally. The heart of the Lord’s Prayer is in these two concepts:

Now that we have reviewed the previous posts, let’s take a closer look at the next section of the prayer.

The second,”we” petition in Matthew’s gospel says, “forgive us our debts as we also have forgiven our debtors”. Luke’s version says, “forgive us our sins, for we also forgive everyone who sins against us”. What happened to trespasses? How do we know whether to say debts, trespasses or sins? Surprisingly, the King James Version does not have trespasses either, but debts and sins in both accounts in the gospels. However, the word, “trespasses” is used in the KJV in verses 14 and 15 of Matthew 6, after the end of the Lord’s Prayer. Evidently this was a word used by the Episcopalian and Catholic faiths in their translations of the text. What then did Jesus mean by the phrase, “forgive us our debts, trespasses, and sins, as we forgive those who do these same things to us”?

The word “debt” refers to unfulfilled obligations both towards God and our fellow man. Debts in this instance are things that we have left undone; things we should have done but did not. Trespasses, or sins, on the other hand, refer to a failure to do the right thing when we did act. The prayer to God to forgive us for our debts, sins, or trespasses, is a prayer to ask not only for a release from the guilt and burden of wrongdoing, but also the release from the guilt of unfulfilled responsibilities. Psalm 19:12-13 says it well. “But who can discern their own errors? Forgive my hidden faults. Keep your servant also from willful sins, may they not rule over me…”

In the second half of the petition, (Matthew 6:12 and Luke 11:4), “as we forgive our debtors, or those who have sinned against us”, the Lord’s Prayer seems to make a connection between the forgiveness we receive and the forgiveness that we offer. Could this be right? In the two verses immediately following the Lord’s Prayer, Jesus says, “For if you forgive other people when they sin against you, your Heavenly Father will also forgive you. But, if you do no forgive others their sins, your Father will not forgive your sins”. Later in Matthew 18:23-34, Jesus tells a parable of a servant whose master forgives an enormous debt. The servant then turns on one of his fellow servants and refuses to forgive even a small debt. When the master found out about the servant’s actions in light of what he had just done for him, he had the servant thrown into prison and tortured. Later, when Jesus was crucified, He followed His own words with actions from the Cross as He cried out, “Father forgive them for they do not know what they are doing” (Luke 23:34).

When people do us wrong, they put themselves in our debt. How will we react when we are asked to forgive like we are trusting that God will do for us? If we forgive, we are showing our family resemblance to our Father in heaven. If we choose not to forgive, the text is very plain that God won’t forgive us either. So the forgiven must forgive; otherwise we are not grasping the concept of what grace really means. Just as Jesus forgave His trespassers while He was hanging from the cross, we also, must forgive. For like the angry mob, we also “do not know what we do”. Freely we have received and freely we must give! Knowing that our forgiveness from God depends on our ability to forgive our neighbor is a sobering, yet revolutionary concept from the Text that challenges us to be more like Christ in our dealings with our fellow man.