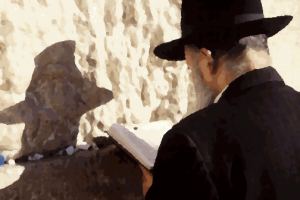 The Lord’s Prayer, found only in the gospels of Matthew (Matthew 6:9-13) and Luke (Luke 11:2-4), is a passage of scripture that was probably one of the first Bible verses most of us learned. Even for many adults, it is one of the only portions of scripture that can be recited word for word by memory. However, if you think for a moment about the Lord’s Prayer which we so familiarly recite, a lot of the phrases sound a little strange and they really don’t have a lot of meaning to us. “Hallowed be thy name”, “Thy Kingdom Come”, and, ”Lead us not into temptation” (have you ever stopped to think about this one, the Lord leads us into temptation unless we stop Him?) are examples of things that we say but don’t really understand. Since the Lord’s Prayer is viewed as a model of how to pray, given to us by our Lord, Jesus, let’s examine the prayer closely though historical and cultural eyes and see what we can discover about how Jesus would have prayed and how he would have wanted us to pray.

First of all, the Lord’s Prayer itself illustrates the Jewishness of Jesus. His model prayer to us could have readily appeared in early Jewish literature without changes. It is similar to and reflects the make up of the ancient Jewish prayers that have been recorded since long before Jesus’ time. In fact, the first phrase, “Our Father which art in Heaven”, opens many Hebrew prayers of that time period. Also, phrases such as, “May your will be done”, and “In Heaven above”, and petitions for daily sustenance and repentance are also found throughout the early Jewish prayers. The Lord’ Prayer then was not a new way to pray for the disciples, but a condensed example of how to pray and what to pray for. Next, let’s look at what might have been the pattern of prayer for a Jew living during the time of Jesus.

Well before the time of Jesus, the Jewish people had developed a pattern for daily prayer. A pious Jew prayed three times a day (Daniel 6:10); at sunrise, at three o’clock in the afternoon, and finally at sundown. After the destruction of the Temple in 586 B.C. and the subsequent Babylonian captivity, the Jewish people began to think of their prayers as a substitute for the three times daily sacrifices at the Temple, which they were no longer able to perform. When they prayed on these three occasions during the day, what did they pray? The Jewish daily prayers always began with the Shema (Deuteronomy 6:4-5), which begins with the phrase, “Hear O Israel, the Lord is our God, the Lord Alone”. Then they would recite a series of eighteen prayers called the ”Amidah” (“standing”) which were always recited while standing. The Amidah was also known as the ”Shemoneh Esreh” (“the eighteen”) and “Tefillah” (“the Prayer”). Every Jew was religiously obligated to pray these eighteen prayers daily and also in time of emergency and special need. These prayers are still in use in every Jewish synagogue service today and have remain unchanged for almost 2000 years.

The prayer, always spoken in Hebrew, takes about five minutes to recite. The Amidah prayers were composed of three sections. The opening section was praise in nature and spoke of God’s history with his people, His nature and His holiness. For example, the opening sentence says,

“Blessed are you, O Lord our God and God of our Fathers, the God of Abraham, the God of Isaac, and the God of of Jacob, the great mighty and revered God… creator of all things…”

The prayers on His nature and His holiness contained familiar phrases such as, “We will hallow your name in the world as it is hallowed in the highest heavens”. The second section contains thirteen petitions asking for wisdom, daily provision, healing, forgiveness, and deliverance from evil, and to send the Messiah. The last section contains concluding benedictions.

From these examples, it is evident that the Amidah contains much of the familiar language and aspects of the Lord’s prayer; God’s Holiness, the coming of His Kingdom, daily bread, forgiveness, and deliverance from evil. Was Jesus using the Amidah as an example to teach his disciples to pray?

The early sages often taught their disciples shortened summary prayer versions of each of the eighteen subjects that were covered in the Amidah, so that a person could recite them quickly if and when the need arose. There are hundreds of examples of the shortened Amidah prayers in early Jewish literature. It has been suggested by many scholars that the Lord’s Prayer was a summary prayer by Jesus of the teachings of the Amidah because of its similarities in language and style and the fact that it incorporates several of its themes. This also would have been consistent with what other rabbis were doing as far as teaching their disciples how to pray. It is interesting to note that the early church prayed the Lord’s Prayer three times a day, just like the Amidah.

We know from scripture that Jesus placed and emphasis and priority on prayer. We know from Mark 1:35 that Jesus arose early and went off alone to pray. In Luke 6:12, He prayed all night before choosing His disciples. He taught about praying and wove parables about prayer, so it is not surprising that He would give his disciples some ideas about how they could pray to His Father. In our next post, we will begin to break down the Lord’s Prayer a phrase at a time, to better understand what Jesus was telling us with His example of how to pray.

« To Pray Without Ceasing
Lord Teach Us to Pray: Part 2 »

One thought on “Lord Teach Us to Pray”