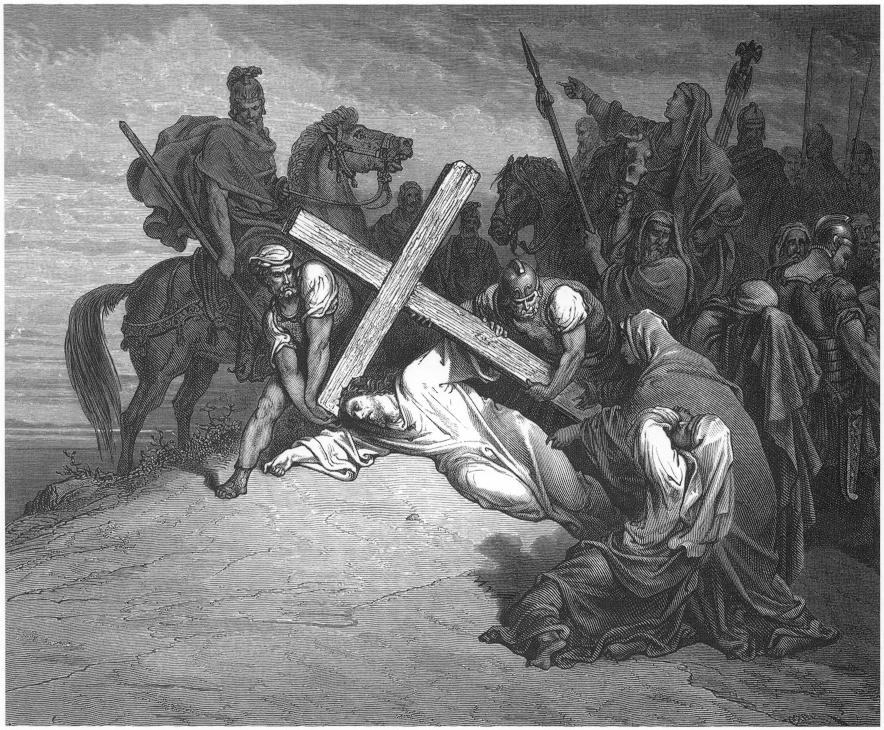 While we are at Gamla, a tel north of the Sea of Galilee, studying the Zealot movement, it began to dawn us why it was so hard for the Jews to recognize Jesus as the promised Messiah. We always are mystified that the Jews didn’t recognize Jesus for who He was and didn’t understand his message or movement. A closer look at the historical events during this time period and what life was like under Roman rule will reveal to us that we are too hard on the Jews and in fact, we would probably have been just like them.

First, put yourself in the Zealots place. They are a very fervent, God fearing group of people that are disturbed at their countries downward spiral into the grips of Hellenism. Even God’s priesthood has become corrupt and the populace is slipping more and more into the Roman lifestyle. The Romans themselves are making life miserable for the Jewish population. Taxes are over 50%and there are crucifixions every week. They can make you carry their pack and can come into your house at any time of the day or night and make you feed them. The Zealots were desperately looking for a Messiah that would come and deliver them out of the hands of the Romans and lead them back to being a God fearing nation again. Then, along comes this man from the Galilee named Jesus who is drawing great crowds, healing the sick, raising people from the dead and feeding five thousand people at a time. This could be our man! They had even heard that Jesus went into the Temple and used a whip to drive out the buyers and sellers who were supported by the corrupt priesthood. John 2:17 says when the disciples saw this they remembered Psalm 69:9 that says,”Zeal for your house has consumed me”. This was one of the Zealots favorite scriptures! He’s one of us! He could be our guy!

To add to the complexity of the situation, there was a huge debate going on in the two major rabbinical schools of thought of the day. They debated, “How will God’s Kingdom Come”? How will the promised Messiah come?” On the one hand, there was the prophecy of Zechariah 9:9 that said that the Messiah would come, gentle, riding on a donkey. God will take care of the Romans. We are not supposed to be violent .His Kingdom will come with His Power, not ours. On the other hand, in the same book (Zechariah 14:1-3), it says God’s Kingdom will come violently. To add to this, when they looked at their hero, the prophet Elijah, in his battle with God’ enemies, they read in 1 Kings 19:10 -“I have been very zealous for the Lord”! What had he just done in the previous verses? He had just killed 450 Baal Prophets by the sword! They also remembered the stories of all the patriarchs (Moses, David, etc) how they had triumphed over their enemies. They were sure they were right because it was in the text!

Do you see that there was a stark contrast between Jesus message and the dominant mindset in Galilee? We’re supposed to love our enemies? Love the Romans? It was hard for anyone to get this message because everyone so desperately wanted the kingdom to come in great power and get rid of the Romans. Look at the disciples for an example. Luke 6:15 says that Simon was a Zealot and Judas was from Quiriot, one of the main Zealot cities. Peter carries one of the small knives that the Zealots were famous for. When the soldiers came, the disciples asked Jesus if they should fight with their swords. Peter used his knife to cut off the ear of one of the soldiers to try to fight back against the Roman guard. They only ran away when they realized that Jesus wasn’t going to fight back! Don’t you know they were thinking, “What’s he doing? We don’t understand our leader! Can you see how hard it would have been to believe that the kingdom would come at the lowest point of weakness?

Now, let’s turn the table and point the sword at ourselves. Do we really believe that we can change our culture by loving our enemies and being kind to our neighbor? We don’t believe it, do we? We take our neighbors and fellow Christians to court to get justice. We are afraid to do something nice for someone because we are afraid they will take advantage of us. We’re Zealots!! We want God’s kingdom to come by power, elected officials, laws, etc. The truth is that His Kingdom Comes at the lowest point of weakness. Zechariah 4:6 says “Not by might, or power, but by My Spirit, says the Lord”. Jesus’ death, that lowest point of weakness, ushered in His Kingdom, the greatest power. His Kingdom now comes when brothers and sisters dwell together in unity, where we love our neighbor, consider others better than ourselves, wash feet, care for the poor, be meek, be a servant, be a sacrifice, be number two instead of number one. It is impossible to have the Kingdom of Heaven without the church (community) operating in this manner. If you are seeking the Kingdom, you become a part of that community and you give sacrificially to them and they do the same for you. You can’t love your enemy apart from community. It doesn’t just fall out of the sky so that you can do it individually. People have their hunger and thirst satisfied through community.

Doing this study has helped me to realize more what the kingdom of heaven coming down to earth really is. As we learn to obey his will, and live a life of putting others first and living sacrificially, his power will be evident in our community and his Kingdom will come through us. Amen and Amen!

« Honey Bee and the Snake
Kick Against the Pricks (Goads) »

2 thoughts on “Not by Might, Not by Power: A Study at Gamla, Home of the Zealots”