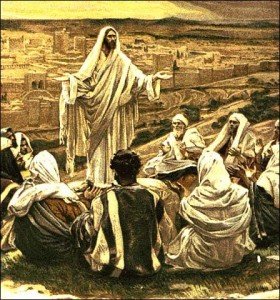 In the well known Lord’s Prayer, Jesus uses the term, ”Our Father”, to describe God. Since we all have earthly fathers, the tendency for us is to think of our Heavenly Father’s attributes and character in terms of what we know about our earthly fathers. Our understanding of what an earthly father is influences our understanding of God as our Heavenly Father. We take our understanding of God as a father from our culture or our personal experiences as to what we know a father to be. By doing this we attribute human characteristics to God and in so doing often create a grim authoritarian patriarch or a quick tempered figure who is out of patience and disappointed in our behavior.

How does Scripture depict God as, ”Our Father”?  Scripture alone should define and tell us what God is like as a father and not our experiences or relationships with our earthly fathers. The Bible neither compares nor likens God to an earthly father.  Hosea 11:9 says, ”I am God and not a human being, the Holy One in your midst.” Both the Old and New Testaments are precise and clear as to what they mean when they refer to God as “Father”. Overwhelmingly, when the word, ”Father”, is used as a metaphor for God, it is used as symbol for tenderness and compassion!

The title,”Father”, is applied to God sixteen times in the Old Testament. Twelve of those describe God as a father to his people. In seven of those twelve Scriptures, God is described as redeemer, compassionate, tender and merciful (Psalm 68:4-5, Psalm 103:13, Isaiah 63:15-16, Jeremiah 3:4, 19 & 31:9, and Hosea 11:1-9). These seven texts in the Hebrew Testament make it clear that the image of God as a Father was dominated with ideas of compassion, love, tenderness and redemption.

To even further instill the idea that God as a Father is tender and compassionate, several times in the Old Testament God is likened to a mother. Isaiah 66:13 say, “As one whom his mother comforts, so I will comfort you”. Psalm 131:2 says, “ Like a child quieted at his mother’s breast” and finally in Isaiah 49:15 it says, ”Can a woman forget her sucking child, that she should have no compassion on the son of her womb….I will not forget you.”

However, the premier example of what our Heavenly Father is like is found in Jesus’ own story of the prodigal son, in Luke Ch. 15. The father in this story (a metaphor for God) does things for his sons that we would never expect an earthly father to do. Jesus took the picture of the divine Father found in Hosea 11, added the compassionate female side also found in the Scriptures and then moved it up to another level. Jesus, in His parable, created this remarkable father who is full of tenderness, patience, compassion, love, and a willingness to endure great suffering in order to redeem His children.

In the parable of the prodigal son the father grants the unprecedented and unreasonable request to give the son his share of the inheritance. Then he allowed his son to sell the inherited property which was hugely embarrassing and costly to the father. When the son is seen coming home, the father runs down the road to welcome him back with great drama and costly compassion. He endures great public humiliation from both of his sons by the way they act. Finally he appeals to the older son for joy rather than judgment and punishment. A quote from Henri Nouwen’s book, ”The Return of the Prodigal Son”, sums it up well. “This is not just a picture of a remarkable father. This is a portrayal of a God whose goodness, love, forgiveness,care, joy, and compassion have no limits at all.”

Jesus did not merely teach His disciples to pray, ”Our Father”. He showed them exactly what “Our Father” was like in the story of the prodigal. Our Father is not like a human father with some good qualities, but limits to his patience and endurance. Our Father is not like a human father where mercy tenderness and compassion have to be earned by an acceptable level of behavior. Our Father does not give up on us when we utterly fail and reject Him. Our Heavenly Father is full of goodness, love forgiveness, care, joy, and compassion and will go to any length and use any measure to bring us back to Him. Psalm 103:11-14 says, “For as high as the heavens are above the earth, so great is his love for those who fear Him; as far as the east is from the west, so far has He removed our transgressions from us. As a father has compassion on his children, so the Lord has compassion on those who fear him. For He knows how we were formed, He remembers that we are dust.”

The next time you say the Lord’s Prayer and you begin with “Our Father which art in Heaven”, see if these truths don’t change the way you pray.

P.S. I borrowed heavily for this story from Kenneth Bailey’s book, Jacob & the Prodigal and was where I got the idea to start with.