When the seventh month came and the Israelites had settled in their towns, all the people assembled as one man in the square before the Water Gate. They told Ezra the scribe to bring out the Book of the Law of Moses, which the LORD had commanded for Israel.So on the first day of the seventh month Ezra the priest brought the Law before the assembly, which was made up of men and women and all who were able to understand. He read it aloud from daybreak till noon as he faced the square before the Water Gate in the presence of the men, women and others who could understand. And all the people listened attentively to the Book of the Law. Ezra the scribe stood on a high wooden platform built for the occasion….

Ezra opened the book. All the people could see him because he was standing above them; and as he opened it, the people all stood up. Ezra praised the LORD, the great God; and all the people lifted their hands and responded, “Amen! Amen!” Then they bowed down and worshiped the LORD with their faces to the ground…

They read from the Book of the Law of God, making it clear and giving the meaning so that the people could understand what was being read. Then Nehemiah the governor, Ezra the priest and scribe, and the Levites who were instructing the people said to them all, “This day is sacred to the LORD your God. Do not mourn or weep.” For all the people had been weeping as they listened to the words of the Law. Nehemiah said, “Go and enjoy choice food and sweet drinks, and send some to those who have nothing prepared. This day is sacred to our Lord. Do not grieve, for the joy of the LORD is your strength.”…

Then all the people went away to eat and drink, to send portions of food and to celebrate with great joy, because they now understood the words that had been made known to them.
— Nehemiah 8:1-12

Background of this text: The Israelites had been taken captive to Babylon where they were mainly used as slaves. They had been prisoners in a strange land for nearly 100 years. During this time period, they weren’t allowed to practice their religion freely and were allowed few or no religious articles to practice with. There were few or no copies of the Torah scrolls available. There was certainly not a temple to YHVH to worship at. Their religion was being forgotten and many Jews were adopting the culture of the pagans they lived among. Very few talked of the old ways. However, some had a tremendous longing to worship YHVH back in the land that God had given them. They convinced the pagan king to let a remnant return to Israel to start rebuilding the old country. When the remnant got back to Israel and were settled in the land, they began to want to start the worship of YHVH anew. Ezra the scribe, and Nehemiah assembled the people together in Jerusalem. Ezra had found some of the old Torah scrolls and he began reading them aloud to the people. It had been a long time since many of them had even heard about YHVH and some had never heard his word being read. 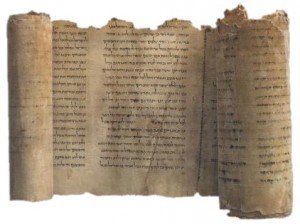 As they heard God’s word being read, they began to be convicted of their sin and of God’s greatness. They began lifting their hands in worship and falling prostrate on the ground as the holy scriptures meanings were made known to them. They began to weep for forgiveness and then joy. They enthusiastically stood and listened to God’s Word being read from daybreak till dawn!

Oh, that America would come back to the holy scriptures of God! We are so comfortable in our pagan lifestyle! We haven’t heard or understood God’s word in a long time. There needs to be a reverence and a longing for the scriptures again. Only a remnant of the captives wanted to get back to God and his holy words. The rest were comfortable in their lifestyle because their material needs were being met. Sound familiar?

Can’t you picture the people standing from daybreak till noon while the scriptures were being read? We don’t like to stand too long for the song service, much less the reading of God’s Word!

Also, note in the story that the word,”Amen” is a Hebrew word that means, “May it be so”! May it be just as you’ve said”!

Won’t it be a great day when we hear the words of the Lord read and we spontaneously fall before Him in worship? Won’t it be great when we hear the Word read and all the people will be taught and understand what the Word means? America, I am afraid, hasn’t heard for a long time. We need to reclaim an importance for scripture and say “Amen” to it’s claims on our lives.

« The Promised Land; In Heaven or Right Now?
Deceived By Appearances »