The two lowest classes of Roman citizens consisted of “freeborn” and specific types of slaves. “Freeborn” were people of lower economic status, but were born free men and Roman citizens. This class of people was termed, ”Plebians”. There was also a group of freed men, who had been slaves, but had either earned or bought their freedom. They were not entirely free, since their former masters still had some hand on them. Most “freeborn” and “freedmen” were fairly poor, but it was possible for them to achieve some status and wealth in business and trade. There was a synagogue of “freedmen” in Acts 6:9-12. Paul was born a Roman citizen (Acts 22:28), probably from the Plebian class – although there is no way of knowing for certain how Paul’s family became Roman citizens. Certain rights and rewards went along with this citizenship. Among these rights was the right to a fair trial before any punishment could be handed out. This fact enters the Acts story several times. A perfect example of these two classes, freeborn and freedmen, is found in Acts 22:22-29 and is really worth reading.

The lowest class in the Roman world was that of a slave. Slaves were property of their owners and were either born or sold into it, often through piracy. A huge trade developed that raised abandoned babies to be sold as slaves. Roman slavery was not racially based and slaves did not have to dress in a certain way. Slaves were a huge benefit to the Roman rulers because they bore the brunt of their industrious building projects. 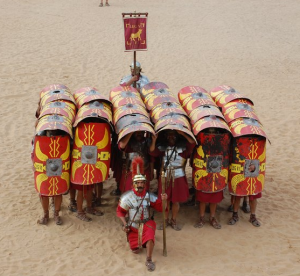 The last group of people that made up Roman society was the soldier. A soldier could come from any of the people groups but were mainly from the poorer classes. A Roman soldier received 225 denari a year, (4 denari a week) and was supplemented in his income by booty taken from captives or people that they had rule over. After completing twenty-five years of service in the military, soldiers were granted full citizenship status and were given 3,000 denari and a good plot of farm land on which to retire. Because of this law, land was soon in short supply around Rome and many of the new countries that were subdued were given to the retiring soldiers. With such a large fighting force, there was a constant need for new lands and this fueled the need to continue to conquer new territories.

The soldiers were formed into groups called legions. A legion consisted of five to six thousand men, (depending on the time period in history). Fifty different legions have been documented by historians, and approximately twenty-eight legions were assembled and ready and stationed around the Roman world. A centurion was a commander of one hundred of these men; thus there were sixty centurions in a legion. Centurions wore a colored, plumed crest on their helmets so that they could be seen and followed during battle. There are several centurions mentioned in the Bible. Jesus had an encounter with a centurion in Matthew 8:5-13 and healed his paralyzed servant. In Acts 10:1, a centurion named Cornelius, who was in the Italian regiment, had a dream and called for Peter to come visit him. There are also centurions mentioned in Acts 22:25 and Acts 23:23. 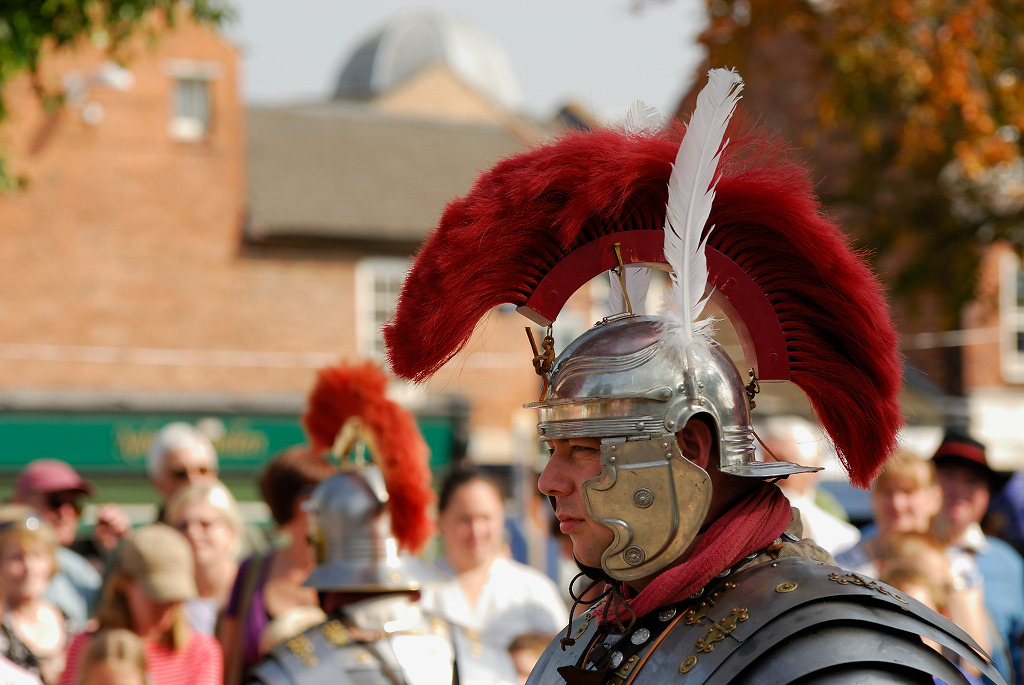 A Roman soldier was well equipped and well trained for his job (Ephesians 6:10-20). His issue of equipment was very interesting. They were given crossed sticks that served as a back pack frame to carry all their equipment, which could weigh up to ninety pounds. It had a tool kit, dish and pan and personal belongings. Roman law permitted them to require subjects to carry their pack for them a mile, even if the person was originally going in the opposite direction (Matthew 5:41). They could also force residents to feed and house them for up to three days. They had three weapons: a long wooden javelin with a metal point called “pilum”, a short sword called ”gladius”, and a small dagger called a ”pugio”, for the close-in work. They also carried a curved shield called a “scutum”. They would lock their shields together and advance on the enemy and were protected from any weapons coming in from above. They wore a metal helmet during battle that covered a good portion of their head.

Hopefully, these two short lessons will give us a better idea of the layers of the Roman Society that were present during the time of the Bible. Having this information as we read the Text will help us understand and imagine what life would have been like when Rome ruled the world; the world of Jesus and his disciples.