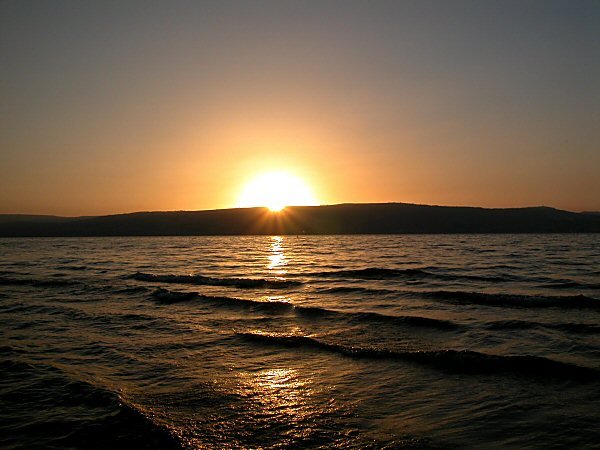 Sunset over the Sea of Galilee

The Story of the Rabbi and the Roman Sentry

There was a rabbi living in the village of Capernaum, Israel, on the shore of the Sea of Galilee, during the first century A.D. Late one evening, he was walking the path along the shore of the lake near the village. As rabbis are accustomed to doing, he was talking out loud to God and mulling over the Hebrew text. Absorbed in this deep theological discussion, he completely lost track of the time of day and where he was on the path. 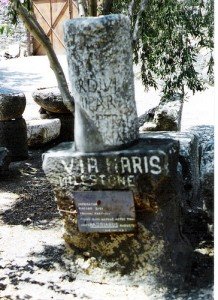 Via Maris Milestone Found at Capernaum

As the light of day began to fade, the rabbi failed to notice the upcoming fork in the road. Instead of taking the trail back to the village, he took the path that led to the Roman garrison that was located nearby. Capernaum was on the main branch of the ancient highway (called the Via Maris) that led to the Mediterranean Sea and eventually down to Egypt. Hundreds of thousands of travelers came on this route each year. Consequently, the Romans kept a big presence here to collect duties and protect their interest in this small, but very important country.

In the twilight, the rabbi unknowingly approached the entrance to the Roman fortress. Suddenly, the sentry on the wall barked out in a loud voice, “Who are you? What are you doing here?” The rabbi was startled and taken aback when he heard the sentry’s loud voice. Instinctively, he replied, “What?” in a mumbled voice as he struggled to clear his mind and remember where he was. The sentry repeated his demand a little bit louder – “Who are you? What are you doing here?” The rabbi, now with his wits somewhat back together, replied back in a loud voice to equal the sentry’s volume, “How much do they pay you to stand on that wall and ask these questions?” Now it was the sentry’s turn to be caught by surprise at this forceful reply to his questions. “Five denarii a week, Jew; why do you ask?” The rabbi quickly replied, “I’ll pay you twice that much if you will come to my house and ask me those same two questions every morning!“

The rabbi was a very wise man and he knew the importance of these two questions. In fact, these are questions for the ages and are relevant to every generation. Each one of us should be well aware of what our answers to these questions should be. Who are we? What are we doing here? Who are we in God’s eyes and what is our relationship with him? What is our purpose?Why does God still have us here on this earth? What does he want us to do with the precious time that we have left? Like the rabbi, wouldn’t these be great questions to ask ourselves each morning as we wake up and start our day?

« A Teacher’s Tongue
Innocent of the Blood of All Men »