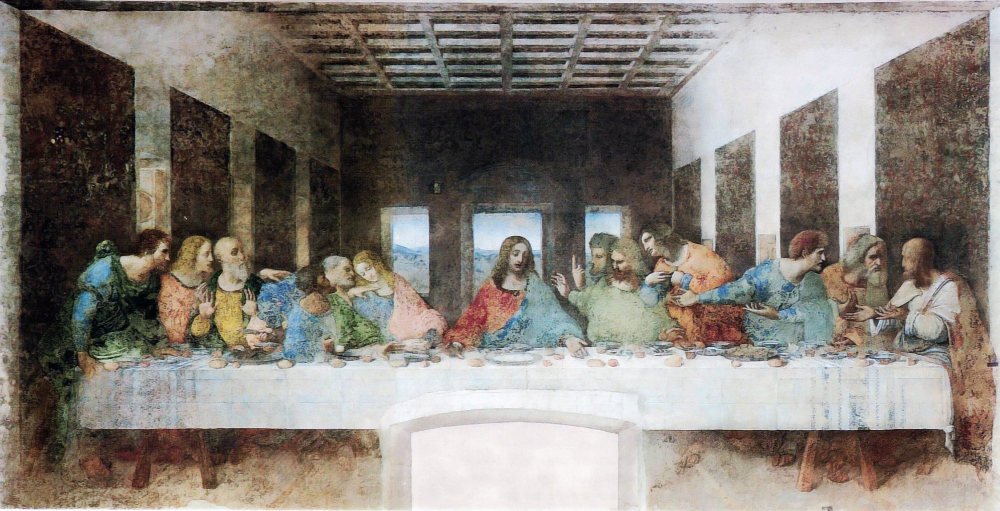 On the first day of the Festival of Unleavened Bread, when it was customary to sacrifice the Passover lamb, Jesus’ disciples asked him, “Where do you want us to go and make preparations for you to eat the Passover?” — Mark 14:12

Leonardo Da Vinci’s painting of the Last Supper is one of the most recognized paintings in the world. Painted as a mural on the wall of a church in Milan, Italy in the late fifteenth century, this work of art is renowned the world over for capturing one of the most significant events in the New Testament story of Jesus and His earthly ministry.

The setting for the painting is the evening of the Passover Meal that Jesus shared with His disciples, just before his arrest, trial and crucifixion. At this Passover Seder, Jesus told His followers that He was going to be the Passover Lamb for the whole world and that His life would be poured out as a ransom for the sins of many. He also told them that He would be betrayed by one of His own disciples.

This seminal event in Christianity is still celebrated every time Christians take the Communion Meal. Unfortunately, this wonderful painting of the event is inaccurate in almost every single historical detail! Huh? How is it misleading and inaccurate? Let’s look at the details and see.

The observance of the Passover Meal celebrating God’s great deliverance of His children from the hands of the cruel Pharaoh is the landmark event in Jewish history. Fourteen hundred years after the Passover events took place, Jesus and His Jewish disciples were still celebrating this miraculous event by eating the Passover Meal together (And he said to them, “I have eagerly desired to eat this Passover with you before I suffer. – Luke 22:15). It is regrettable that the Jewish Rabbi Jesus and his disciples have been changed and westernized to the point that we only able to picture them in our present day Gentile culture. Christianity has undeniably Jewish Roots. Jesus, His disciples, and almost all the early believers were Jewish. Today, we don’t even think of Jesus as a Jew – much less consider our faith in light of its rich Jewish heritage. The same mistakes that are in DaVinci’s painting are also mistakes that are being made in modern Christianity. We have westernized and “Gentilized” the Christian faith to the point that we have completely lost sight of its Jewish beginnings. Modern day Christians would do well to learn and know their Jewish roots and heritage and try to understand the Bible based on the culture of the time period in which it was written. The better we know the world of the Bible, the better we will understand the words of the Bible.

« A Healing on the Sabbath
Why Do We Bless Our Food? »

5 thoughts on “What’s Wrong with This Picture?”